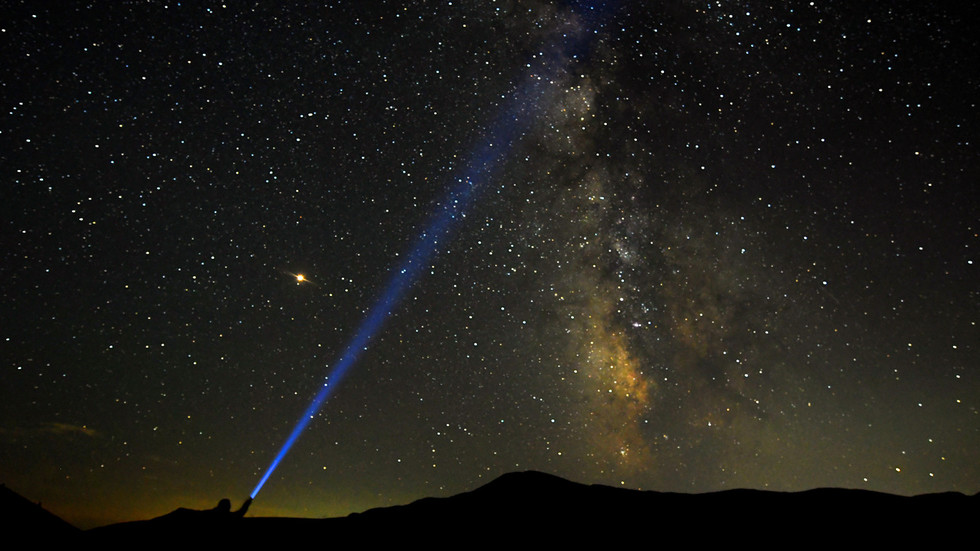 The former head of the Israeli military’s space division has claimed that Tel Aviv and Washington have contacted a ‘Galactic Federation’ of extraterrestrials, but that mankind is not ready for the ‘truth’ about life in the cosmos.

Retired general Haim Eshed, 87, who headed up the Defense Ministry’s space unit for nearly three decades, alleged the existence of an alien alliance spanning the galaxy in a bewildering interview with Israel’s Yedioth Ahronoth newspaper.

“The UFOs asked not to advertise that they are here, [because] humanity is not ready yet,” Eshed told the paper on Saturday, adding that US President Donald Trump “was on the verge of finding out, but the aliens in the Galactic Federation say: wait, let the spirits calm first. They don’t want us to have mass hysteria.”

They want to make us sane and understanding first. They waited until today for humanity to evolve and reach a stage where we will understand what space and spaceships are.

While it’s unclear exactly what changed to avert the supposed “mass hysteria” warned of by the ETs, Eshed apparently felt it was time to throw caution to the wind and spill the beans himself, claiming not only communication with the otherworldly beings, but that they maintain an “underground base in the depths of Mars.” In his most extraordinary assertion, Eshed said the US government had reached an explicit “agreement” with the distant visitors.

Former Israeli space #security chief Haim Eshed has revealed that aliens from a "Galactic Federation" have been in contact with the US and #Israel for years, but humanity isn't ready to know this.

Or so he claims.

Eshed acknowledged that his claims, which he offered with no evidence, might appear outlandish, but said he believes humanity will gradually come to accept them as true, and that some people may already have seen the light.

“If I came up with what I was saying five years ago today, I would have been hospitalized,” he said. “Until today, every place that I approached in the academy with this, they said, the guy has lost his mind.”

Today we are already talking differently. I have nothing to lose. I have received my degrees and awards, I am respected in universities abroad, and the trend is also changing.