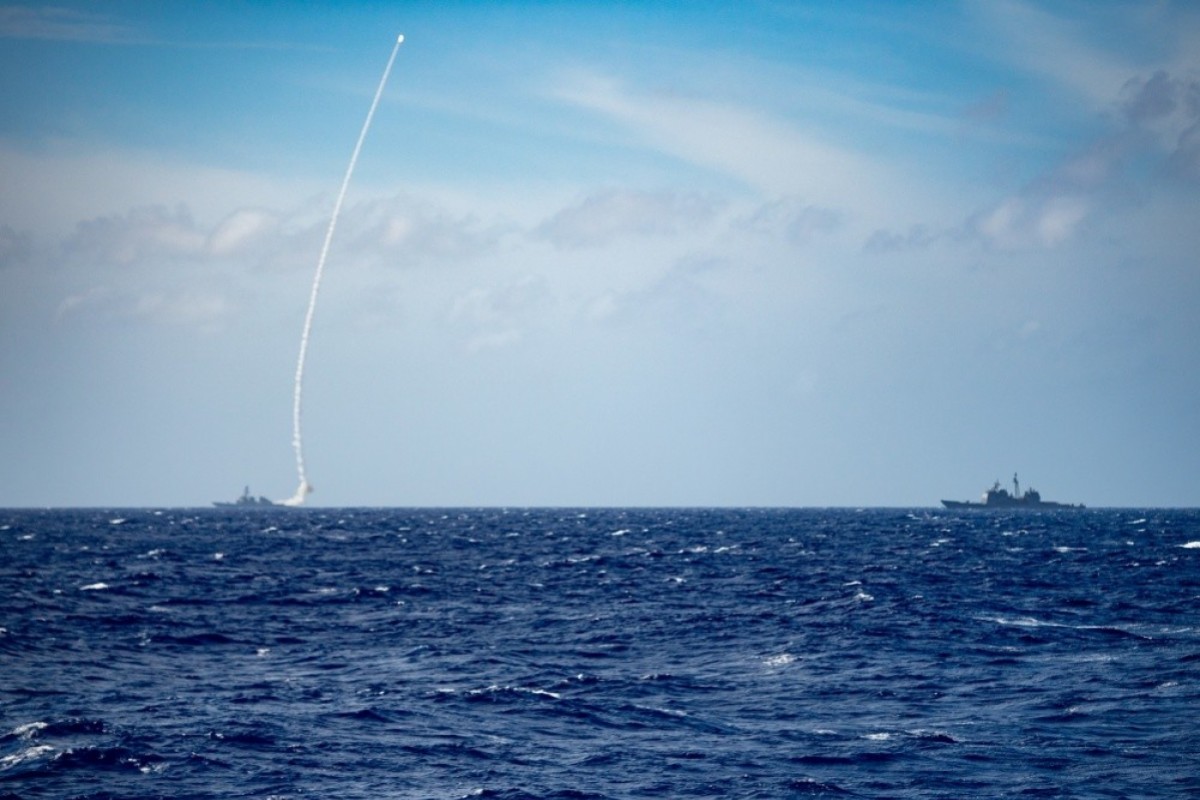 The guided-missile destroyer USS Barry (left) launches a missile during a live-fire exercise on Thursday. Photo: US Navy

Unusual drill in the Philippine Sea a signal to the PLA that American forces can counter advanced threats, military observers say

The US Navy was targeting China with live-fire missile tests in the Philippine Sea last week, sending a message that it was up to the challenge of the PLA’s new advanced systems, military analysts said.

In the drill in waters east of the Philippines on Thursday, the guided-missile destroyer USS Barry launched a medium-range Standard Missile-2, the US Seventh Fleet said on its Facebook page.

It was accompanied by the guided-missile cruiser USS Shiloh, which also launched an SM-2 during the drill.

Beijing-based military specialist Zhou Chenming said these kinds of drill were not common and “could be seen as a warning to the People’s Liberation Army”.

“The US Navy is worried about Chinese missiles, which China could use as a trump card in a military conflict between the two parties in the region. The Seventh Fleet wants to warn Beijing that it can intercept missiles from China,” Zhou said.
Li Jie, another Beijing-based military analyst, agreed that the launches were a message to China – and to a lesser extent, Russia.