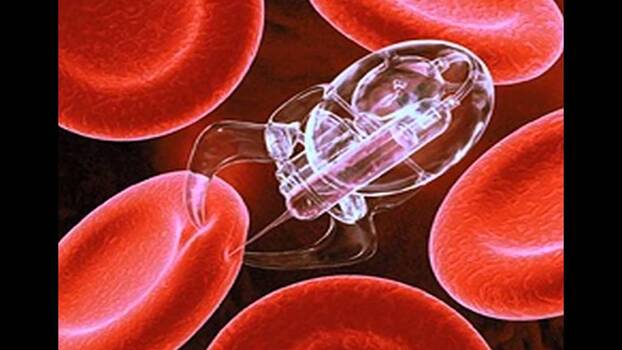 Links to the document are no longer active. This is from 2013.

Very interesting older video. Connect the dots. There are no coincidences.

Classified docs on “Nano Domestic Quell” DoD kill-switch program released. This is how the military will be respond to the economic collapse, and how they will put down armed uprisings, riots and domestic revolts.As the documents clearly demonstrate, the U.S. government has embarked on a program to implement a secret “Armageddon nano device” that mimics a flu virus, to be activated on the public in the instance of domestic uprisings, riots and armed resistances.

The nano devices are in, or “carried” by, an estimated 87% of the population at this point, with a projected 98% inflected by 2014.

Please understand: these nano devices are inert until activated by a radio signal or transmission.

You are safe until a cell tower, drone or other method of transmission activates the device. (I do not personally know how this transmission works. The documents I’ve received do not go into any detail on that specifically. I do know drones and cell towers will be used, however.)

Once activated, the device will mimic the flu virus. You will be dead within 10 to 12 days. There is no known cure or way to prevent this. (I go into more detail on this in some of my videos, of which I recommend viewing all of them to fully understand and appreciate what is going on.)

The military can target very specific locations, particularly with drones… By simply firing this signal, the nano devices in your body will be activated and you will die from what will appear to be a very severe case of the flu.

The virus outbreak can scale from individual or group-targets, or to a large city-wide outbreak.

The medication is injected under the skin with a needle, then activated with a device that resembles a toothbrush, which delivers an electrical impulse for a fraction of a second, allowing the DNA to penetrate the body’s cells and carry out its mission.

Inovio, which is financed by the US Defense Department and the NGO CEPI, also said it has been included in US President Donald Trump’s plan to produce hundreds of millions of doses of the vaccine by January as part of Operation Warp Speed. https://www.timesofisrael.com/us-biotech-firm-inovio-reports-encouraging-virus-vaccine-results/