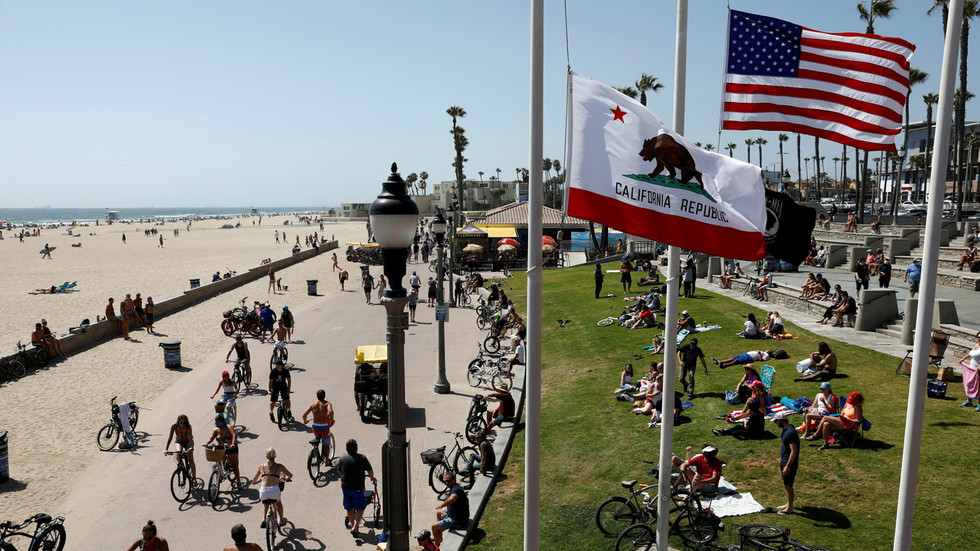 A California restaurant has refused to back down after being bombarded with negative press and customer reviews for posting a sign demanding that all diners provide proof that they have not been vaccinated against Covid-19.

With vaccination status increasingly becoming a prerequisite to participate in many ordinary activities, one Huntington Beach eatery has decided to take a slightly different approach to granting privileges based on personal medical decisions.

On its storefront window, Basilico’s Pasta e Vino taped a sign reading: “PROOF OF BEING UNVACCINATED REQUIRED. We have zero tolerance for treasonous, anti-American stupidity. Thank you for pondering.”

The restaurant’s owner, Tony Roman, said that the unorthodox policy is designed to get people thinking as some Southern California businesses begin asking customers for proof of vaccination.

This restaurant down the street from me in Huntington Beach is asking that diners show proof they have **not** been vaccinated. Partisan politics has broken so many brains. Get me off this ride. pic.twitter.com/GSFVqNMiEX

“With the new and aggressive push for mandatory vax policies, we couldn’t resist, so we are sending a message of our own. Hopefully most are smart enough to read between the lines. Otherwise we will just sit back and have fun watching their heads explode over it,” Roman said in a statement to local media.

An employee told the Los Angeles Times that the restaurant is not actually checking patrons’ vaccine status. The restaurant previously declared itself a mask-free zone and refused to shut its doors when eateries were ordered in March 2020 to curtail indoor dining as part of Covid restrictions.

Some appear to appreciate the intended message behind the odd measure. A vaccinated woman who cuts hair at a nearby barbershop told local media that she didn’t feel slighted by the no-vaxxed-allowed policy.

“You got other places that want you vaccinated to come in. No different, right?” she noted to a local ABC affiliate.

However, many others were furious over the move. The restaurant has been pelted with negative reviews on Yelp. One comment said that the provocative rule was a “slap in the face to all those who died from Covid-19.”

The Times’ story, too, seemed less than sympathetic with the gimmick, and suggested that the restaurant was being irresponsible by not taking a recent rise in Covid cases seriously.

Orange County, which includes Huntington Beach and is home to some three million people, recorded one new Covid-related death on July 26. The county currently has 194 Covid hospitalizations, of which 48 are ICU patients.

The negative press and reviews seem to have only emboldened Roman. His restaurant issued a long, all-caps rant on Facebook deriding its “haters” and vowing to do “battle” with “PRO-MANDATORY VACCINE MINI GESTAPO AMERICAN TRAITORS.”

In a follow-up message, Basilico’s Pasta e Vino promised to “drop a big hammer” in the coming hours, adding a string of hashtags, including “#NeverBackingDown”, “#LeaveTheVaxTakeTheCannoli”, and “#Don’tBeAFredo.”