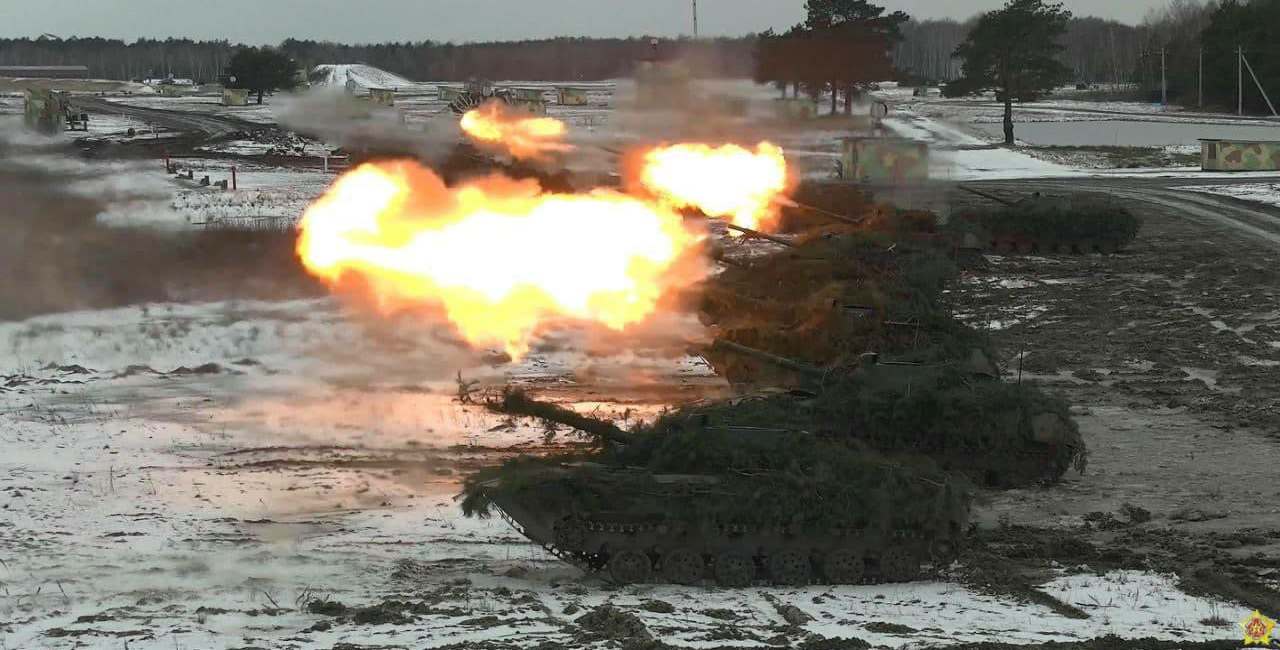 Terrified, the Ukrainian AGEETHA asks for help: “200,000 Russian soldiers will arrive at the gates of Kiev” – War fever in Belarus – WarNews247

200,000 Russian soldiers will soon arrive at the gates of Kiev according to the plan of the Russian commander-in-chief S.Surovikin. Russian and Belarusian forces will attack from two axes, western Ukraine and northern, with the aim of besieging the Ukrainian capital and, finally, its fall.

Concern is growing in Kyiv and the West as Russian and Belarusian forces train day and night in recent days.

The operation is expected to start soon enough, after the fall of the key city of Bakhmut in Donbass. Various sources even report that they have started to send mass march sheets for the mobilization of reserves in Belarus.

Valerii Zaluzhnyi, commander-in-chief of the Armed Forces of Ukraine, said in an interview with the Economist that the Russian mobilization worked and he believes that the Russian army will try to take Kyiv again next year.

The same was said yesterday by the Minister of Defense of Ukraine, Reznikov, who said that the Russian offensive will begin in January and February.

Zaluzny also admitted that the powerful Russian reserves at any time can change the situation and noted that he expects the new Russian major offensive in the Spring of 2023.

Zaluzny is desperately asking for new help as, as he says , “he cannot win with two Brigades”.

Therefore, the question is how many are the losses of the Ukrainian Army?

Valery Zaluzny, commander-in-chief of the Armed Forces in Ukraine, stressed that the Russian army will try to take Kyiv again next year, as he said in an interview with the Economist.

“The Russian conscription worked. It is not true that their problems are so dire that these people will not fight. They will do it. The Tsar told them to go to war and they will go to war.”

“I studied the history of the two Chechen wars – the same thing happened there. They may not be as well equipped, but they are still a problem for us. According to our estimates, they have a reserve of 1.2-1.5 million people…

The Russians are training about 200,000 new soldiers. I have no doubt that they will make another attempt to take Kiev ,” General Zaluzny said.

The Belarusian military, during a sudden check of the army's combat readiness, marched to the border with Ukraine and built a crossing over the Neman(on the border withg Poland and Lithuania), the country's Defense Ministry reported. pic.twitter.com/HOWT20OEMB

He also said he understood why the Russian military tried to capture Kyiv at the start of the war. According to him, “from a military point of view, it was the right decision” and he would do the same.

Now, as Zaluzny points out, the chief of the General Staff of the Russian Armed Forces, Valery Gerasimov, is focusing all his efforts on the Donbas in eastern Ukraine “to preserve his remaining forces”

The Ukrainian commander-in-chief said he had fired ten generals since the start of the war and that one general had committed suicide.

He also said that the Ukrainian army now has three main tasks before it: to maintain its positions, to concentrate its forces and to improve the air defense system to protect energy infrastructure.

“I know I can defeat this enemy. But I need resources.

I need 300 tanks, 600-700 BMPs and 500 guns. Then I think it is quite realistic to reach the lines on February 23rd. But I can’t do it with two brigades,” said the commander-in-chief of the Ukrainian army.

Source: Terrified, the Ukrainian AGEETHA asks for help: “200,000 Russian soldiers will arrive at the gates of Kiev” – War fever in Belarus

200,000 Russian soldiers will again go to Kyiv, – Commander of the Armed Forces of Ukraine Zaluzhny.

In an interview for The Economist, the head of the Armed Forces of Ukraine said that he had no doubts about it. pic.twitter.com/fH9KK5jFHW

Russia is massing forces for the 2023 offensive

He also believes that the next phase of the war could begin in January at worst and March at best.

“He is gathering men and weapons for a new attack.

Probably in January but more likely in spring 2023, he could launch a major offensive from Donbass in the east, from the south, or even from Belarus in the north.

Russian troops will seek to push back the Ukrainian forces and could even make a second attempt to capture Kiev, the capital, ” the Ukrainian commander-in-chief said.