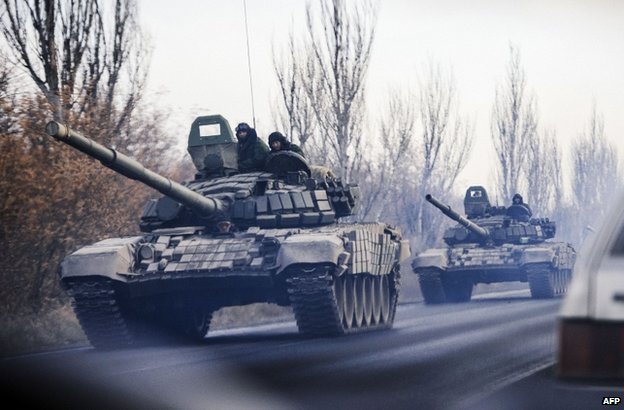 Russia’s defence ministry denied that its troops were in eastern Ukraine to help pro-Russian separatists there.

However, the rebels have admitted being helped by “volunteers” from Russia.

The United Nations Security Council is convening an emergency session on Wednesday to discuss the reported sightings.

There were also reports of fighting near the rebel-held city of Luhansk, with one Ukrainian soldier killed and another injured, according to Ukrainian security forces.