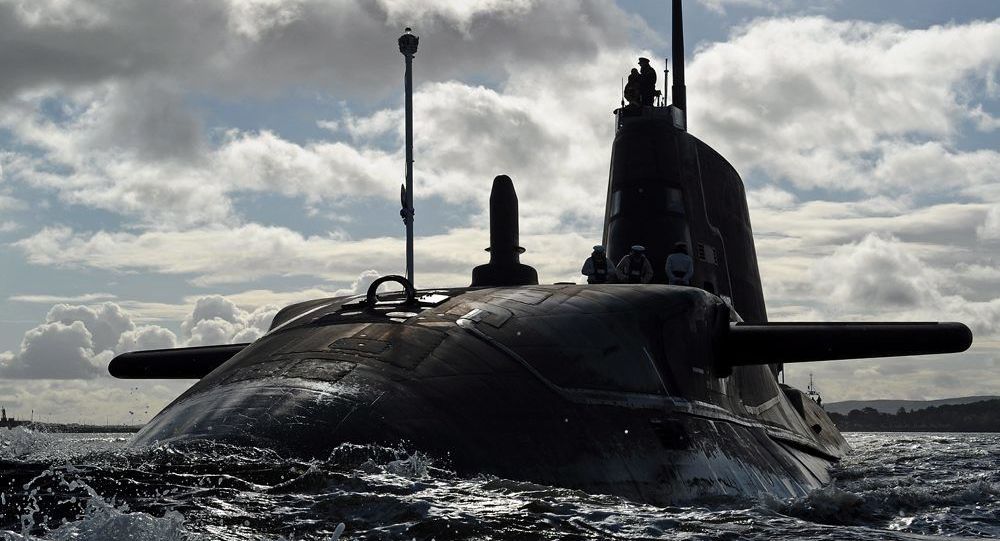 The nuclear submarine is expected to conduct surveillance, while the marines could be deployed onto commercial vessels. The move comes after the detention of a UK-registered tanker by Iran marked another escalation of tensions in the volatile region.

Britain’s Royal Navy is beefing up its military presence in the Persian Gulf with a nuclear-powered submarine and maritime forces, UK media report.

It is expected to intercept communications between Iranian servicemen and report them back to naval headquarters in the UK.

“We are sending a boat – it may well already be heading for the region,” a Royal Navy insider was quoted as saying. “Its role is a covert intelligence posture, simply gathering information to support the planned escort convoys of tankers.”

According to a separate report in The Sun, the Navy will also dispatch marines from 42 Commando, M Company.

The HMS Duncan, a type 45 air-defence destroyer, was dispatched to the Gulf earlier this month to assist Britain’s only warship operating there, the Type 23 HMS frigate Montrose, based in Bahrain.

The RFA Wave Knight supply tanker, currently stationed in Gibraltar, will transit to the region in August, while the HMS Kent frigate will be deployed there in September.

The Navy also has four mine hunters and a landing ship dock committed to the area. “We have the ability to send more ships but they will take weeks so the Marines are a perfect fit in the short term,” a military insider told The Sun.

“The men have been told they could be deployed on to commercial vessels. Tankers are also now likely to travel in convoy and shipping will be protected. But our main brief is not to escalate the situation — and provide a deterrent.”

UK defence officials are yet to commend on the reports, but they typically stay mum about such deployments.

It comes as Theresa May is holding an emergency meeting on Monday, focused on ways to maintain security of shipping in the Persian Gulf.

The authorities have advised British ships to temporarily avoid the Strait of Hormuz, after Iran’s Revolutionary Guard Corps impounded two tankers on Friday.

One of the vessels was released, while the other was taken to a port in southern Iranpending an investigation.

Tehran claimed that the tanker ignored the distress calls of an Iranian fishing boat and collided with it.

At the same time, Tehran officials indicated that the seizure came as a tit-for-tat response following the detention of a tanker allegedly transporting Iranian oil to Syria in breach of EU sanctions.

UK Foreign Secretary Jeremy Hunt said he had spoken to his Iranian counterpart to voice his “extreme disappointment”, while London may soon move to hit Iran with a series of sanctions.