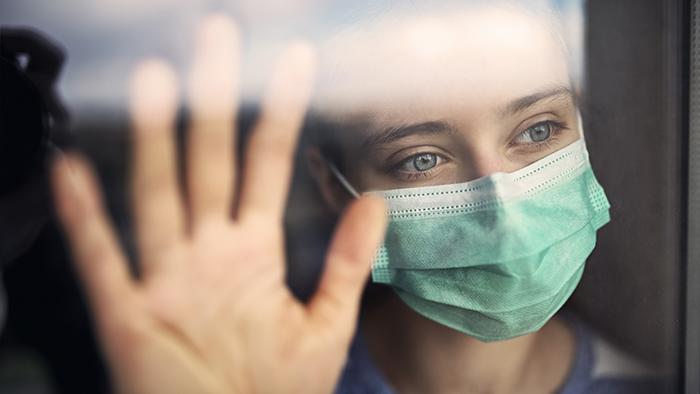 “It’s politically unrealistic to expect the Government to backtrack now”

British former Supreme Court judge Lord Sumption has warned that “social controls” brought about by the coronavirus pandemic may be kept in place by governments for up to a decade.

“It’s politically unrealistic to expect the Government to backtrack now,” commented Sumption, who has been highly critical of the government’s ‘totalitarian’ lockdown policies.

The judge compared the reaction to rationing after the Second World War, which went on for nine years, adding that this time “I think it may be even longer.”

“An interesting parallel is the continuation of wartime food rationing after the last war. People were in favour of that because they were in favour of social control,” he said during a ‘Sketch notes on’ podcast.

“In the 1951 general election, the Labour party lost its majority entirely because people with five years more experience of social control got fed up with it. Sooner or later that will happen in this country,” he added.

Sumption’s warning comes in the wake of Public Health England officials stating that restrictions will remain in place for as long as other countries have not vaccinated everyone, a process likely to take years.

England’s chief medical officer also recently asserted that the pandemic restrictions, which have been in place on and off for a year, have “improved life” for some people.

Despite promising an end to restrictions in June, the UK government yesterday extended emergency COVID laws until October, with Health minister Matt Hancock refusing to say how long they will remain in place after that.

Lord Sumption also noted during the podcast that scientists skeptical of lockdown policies have been “subjected to an extraordinarily unpleasant campaign of personal abuse”.

“I know a lot of people that would prefer not to put their head above the parapet,” He continued, adding:

“From the very moment I started to make these points I began to get emails from politicians who agreed with what I had to say but that they themselves didn’t dare to speak out. That I think is a very serious state of affairs.”

The judge also argued that governments are using the virus politically, noting “They have consistently tried to maintain that the virus is indiscriminate when it is perfectly well-established that it primarily affects people with identifiable vulnerabilities, particularly in the elderly.”

Speaking about the draconian crack down on anti-lockdown protesters, Sumption said “People ought to be entitled to voice their differences (of opinion),” adding “If the only way you can enforce distancing is by beating people over the head with truncheons then it’s not worth it.”

Now that Brits have allowed society to be permanently deformed, with polls routinely showing vehement support for lockdown and other pandemic rules, things are never going to be the same again.

Having allowed the precedent that the government can put the entire population under de facto house arrest on a whim, look for the policy to be repeated over and over again with different justifications that have nothing to do with COVID-19.

As we previously highlighted, one of those justifications will be man-made global warming, with climate lockdowns set to become a regular reality.