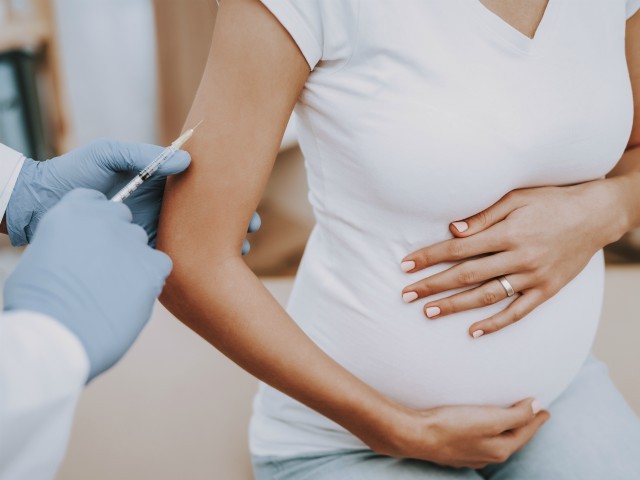 Pregnant women have been advised against having the new coronavirus jab because there is not enough data on its safety for that demographic.

On Wednesday, the United Kingdom became the first Western country to approve a vaccine, developed by Pfizer/BioNTech, for the Chinese coronavirus. The first rollout of jabs is expected next week, with healthcare staff and care home residents being prioritised.

The Medicines and Healthcare products Regulatory Agency (MHRA) said it would be administered in two doses, 21 days apart, with immunity after a week of the second dose.

The Joint Committee on Vaccination and Immunisation (JCVI), which advises health departments in the UK on immunisation, said in a briefing document published on the government’s website on Wednesday that pregnant women or women planning for pregnancy should not take the vaccine due to a lack of data to test its safety for them.

The JCVI said in a government-published report: “There are no data as yet on the safety of COVID-19 vaccines in pregnancy, either from human or animal studies. Given the lack of evidence, JCVI favours a precautionary approach, and does not currently advise COVID-19 vaccination in pregnancy.

“Women should be advised not to come forward for vaccination if they may be pregnant or are planning a pregnancy within three months of the first dose.

“Data are anticipated which will inform discussions on vaccination in pregnancy. JCVI will review these as soon as they become available.”

“As trials in children and pregnant women are completed, we will also gain a better understanding of the safety and effectiveness of the vaccines in these persons,” the JCVI said.

Pregnant women, children, and healthy younger people, however, do not represent a current priority for distribution of the vaccine. Those aged over 50, care home residents and carers, those with preexisting conditions (bar children under 16 and pregnant women), and frontline medical and social care staff are being scheduled for inoculation throughout Phase One of the government’s mass vaccination programme.

The JCVI’s Wei Shen Lim told a Downing Street briefing, according to The Mirror: “Prioritisation was based on the risk of dying from Covid-19 and, in order to protect the most vulnerable, we have prioritised the most vulnerable individuals first.

“The other element is protection of the NHS and the health and social care system, because by protecting the NHS we also protect lives.”

Prime Minister Boris Johnson said during Prime Minister’s Questions on Wednesday that people should not “get their hopes up too soon about the speed with which we will be able to roll out this vaccine”, suggesting that it was too early to tell how long it would take for Phase One to be completed.

Vaccine Minister Nadim Zahawi said on Monday that while the government would not make the vaccines mandatory, he suggested that when availability is more widespread, businesses such as sporting venues and theatres could demand “vaccine passports” for entry. Senior minister Michael Gove tried to walk back the comments on Tuesday, telling media: “I certainly am not planning to introduce any vaccine passports and I don’t know anyone else in government [who is].”

A shock poll from last month revealed that nearly half of Britons (49 per cent) backed mandatory vaccination (against 34 per cent who did not). A majority, 54 per cent, of Conservative voters supported the idea compared to 33 per cent who opposed.

UK Minister: You Might Be Banned from Venues Without Vaccine Passport https://t.co/f0UOh7YnkY

Source: UK: Pregnant Women Warned Not to Have Coronavirus Shot