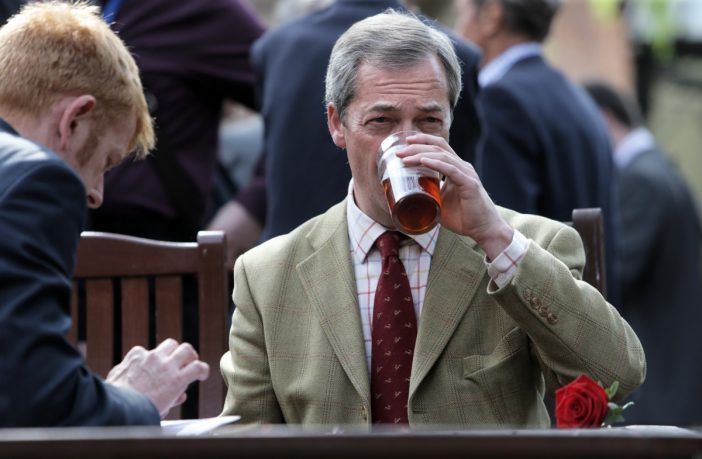 Nigel Farage, the man who spearheaded the Brexit campaign, is set to relaunch the Brexit Party as the Reform Party, as more and more ordinary Britons begin to doubt Boris Johnson’s ability to maintain order and deliver a suitable Brexit deal.

The Reform Party, which Farage formally registered last December, will seek to abolish the House of Lords, change Britain’s voting system, and to ensure that Boris Johnson delivers a proper Brexit that’s approved by the people who voted for it.

According to a report from the Sunday Express, the party – which is still in its embryonic stage – has already started preparing to stand a candidate in the next by-election. Senior figures in the party have also started reaching out to malcontent MPs in the Conservative Party for potential recruitment.

Apparently, there is widespread concern that Johnson will not keep good on his Brexit promises. Many believe that Johnson and the Tories could also cede ground to the EU on fishing rights and immigration, among other contentious issues.

“Phones have been buzzing, hundreds emails per day from furious Tory voters, donations pouring in, we are praying for a by-election in Tory seat think would win one and gearing up for it, and currently deciding on who would stand,” a source close to the party’s leadership told the Express.

“I am watching and waiting. The lack of leadership from our government has been pitiful. Millions of Conservative voters want to see some moral courage, not the current cowardice in the face of anarchic Marxism,” Farage told the Sunday Express.

According to one Conservative Party MP, a relaunch of the Brexit Party would be a “disaster” since they “will immediately pick up eight to ten percent of our vote and put us in second place behind Labor.”

“A split in the centre right will mean we are always playing catch up,” the Tory MP added.

The re-launch of Brexit Party comes days after Nigel Farage quit his radio program at LBC after he was notified that his show would be ending in the near future, as previously reported by Voice of Europe. The decision followed a statement in which Farage rightly likened the BLM and Antifa iconoclasts to the Taliban.

“The Taliban love to blow up and destroy historical monuments from a different time that they do not approve of,” Farage said. “What we saw at the weekend was the most appalling example of mob rule.”