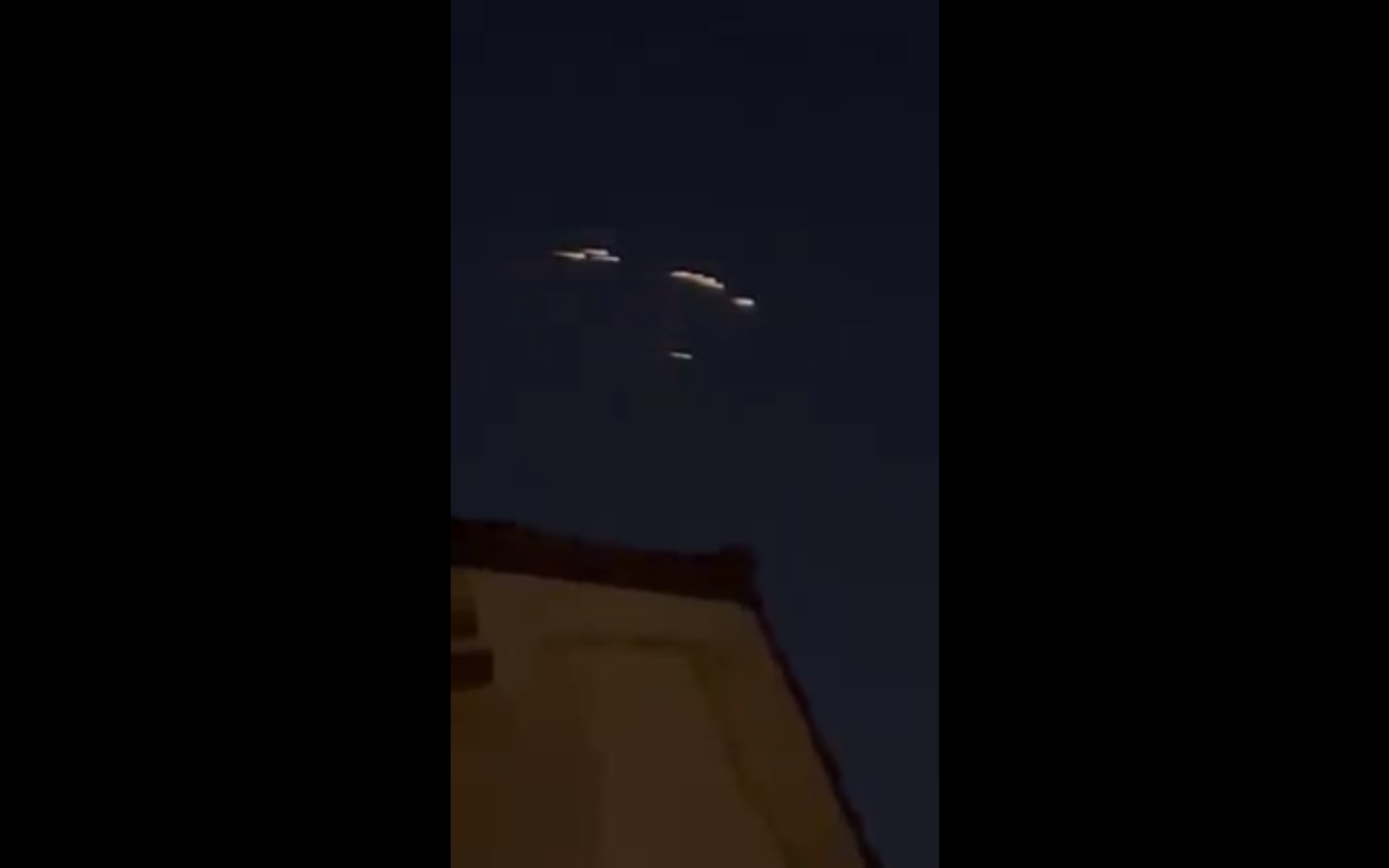 My source reports that a retired Navy bomber pilot friend of his was on business in Dubai, UAE when he saw this formation of UFOs flying over the city.

As a former bomber pilot, this formation was unmistakably a US Naval BOMBING FORMATION used to wreak total destruction.

Because of this, his opinion is that these are US aircraft, they are not “alien”.

He told my source that he was so panicked by the destructive implications of this formation that he soiled his clothes and had to throw them away.