It was a clear, brightly starlit night, on 24 July 1981, in southwest and northwest China as well as a large area of southern and south-central China. The Milky Way slanted across the night sky and there was no moon. Suddenly at 2238 hours, a strange star-shaped bright spot was sighted by a large number of people in Sichuan and Yunnan provinces when it appeared in the sky to the north. The glimmer became brighter, began to oscillate and then a cloud-like band of light formed around the circumference of the bright spot. The huge spiral shaped UFO with its bright silver color lighting up the cloudless night sky was an especially striking, magnificent and grand sight in contrast with the star-studded sky. In the brief six or seven minutes from its appearance to its disappearance, some 10,000,000 people simultaneously witnessed this extraordinary sight in the .night sky.

The 1981 spiral UFO had an altitude of about 650 km, and a speed of about 1.6 km per second before it disappeared, according to Professor Wang Sichao, a planetary astronomer at the Purple Hills Observatory of the Chinese Academy of Sciences.  Professor Sichao believes extraterrestrial beings do exist and their UFOs have the ability to visit our earth. 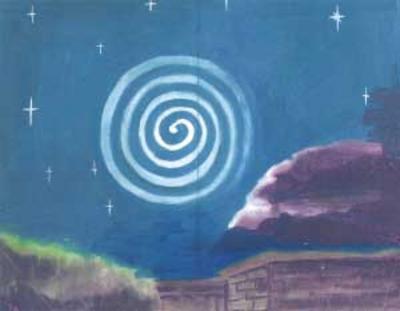 Sichao  disagrees with British scientist Stephen Hawking, who believes an encounter with aliens would spell disaster to human beings.  He adds that if they do not come in peace,  they are not gods and can be fought and likely defeated.

Professor Sichao has disclosed are that:
Aliens are visiting Earth on research expeditions
UFOs are probes manned by robots.
UFO craft travel at eighty percent the speed of light.
UFO craft have been seen by the observatory many times at between 150 and 1500 kilometers above Earth.
The aliens might use nuclear fusion to propel their craft
39 years of work at Purple Mountain Observatory has led Wang to believe UFOs use Earth’s gravity for propulsion

The 1981 event was also noted by the U.S. Air Force Foreign Technology Division, which tracks technology developments in other countries.

UFO incident caused a sensation throughout half of China, according to the U.S. Air Force.

The 1981 event was reported by Long Ruyi to the Foreign Technology Division at Wright Patterson Air Force Base: In the first few months after the incident occurred, approximately 40 newspapers, periodicals, and radio stations have published and broadcast some 70 news reports and analytic research articles concerning this incident. The New China News Agency transmitted this information to the entire world and the Hong Kong press continues to print reports with impressive layouts. The U. S. Center for UFO research in Illinois has also followed this event with great interest.

According to the Chinese Association for UFO Research, such a huge spiral UFO had occurred at least three times in the in the previous four years prior to 1981 over northwest China. During the inquiry into these matters, three main viewpoints had been formed: “the meteor theory”, “the aircraft theory”, and “the flying saucer theory”.

According to the meteor theory this UFO was one which followed the direction of the earth’s revolution and passed by the earth on a diagonal from inside the earth’s solar orbit, traveling at a speed of 12km/second and at an altitude of 5000 km, headed toward the sun.

On the basis of information such as angle of elevation and apparent angular velocity observed at different locations, the Zijinshan Astronomical Observatory and the Sichuan UFO Research Association independently conducted calculations and the results all indicate that the altitude of the UFO which appeared on 24 Jul 1981 was 500km (+10), its speed was several kilometers per second and it traveled along a reverse orbit which had an included angle of 112°(±5) with the equator.

The various data of the “meteor theory” have been refuted by the facts.

Flying machines (i.e., aircraft and spacecraft) have always been a major source of UFOs.

According to U.S. sources, the airspace above space centers, missile sites and AF bases has been a common source of UFOs. Counterintelligence organizations believe that these are spy planes.

What Is A Flying Saucer

Among the materials gathered by the UFO Research Association of China, there are a number of witness reports to the effect that the 24 July 1981 UFO stopped during its flight and hovered for several minutes and then quickly flew away. They also reported that it changed its direction of travel during flight and seemed to move freely, a capability which is incomparable to any man made spacecraft. Some people went so far as to claim they could see its central bell-like shape as well as a row of portholes.

With regard to the strange, phenomena in these reports, although they cannot be categorically denounced as psychological illusions, in view of the above, it could easily be inferred that they had an alien source, but the proof is apparently lacking. At present, besides a few blurred photos which were taken of the 24 July 1981 UFO there is neither any other physical evidence nor any good record of a signal. Also, researchers abroad still have obtained nothing relative to this kind of UFO or aliens. Nor do they include in their large collection of photos of flying saucers any such type of craft with a very distinct spiral trail. This also causes us to return to the spy plane hypothesis. It seems that this incident must be thoroughly clarified and still waits for those who know the inside story to come forward and “make a clean breast of it”

Based on scientific observations of UFOs over his 39 year career, he has concluded that some are powered by antigravity devices. Also, in contrast to Professor Stephen Hawking, who recently declared intelligent extraterrestrial life was likely to be predatory in nature, Wang dismissed such thinking as premature.

Wang found that in the terrestrial space between the height of 130 kilometers and 1,500 kilometers, UFOs have appeared many times. Their flying speed is much slower than the first cosmic velocity. Some are even as slow as 0.29 kilometers per second and they can fly in the 1,460 kilometers’ height for more than 25 minutes.

This means UFOs have the anti-gravity ability. Otherwise, they would fall soon. Wang came to these conclusions based on the spherical astronomy and physics method and his years of observation at Purple Hills Observatory as well as the quantitative analysis of some significant UFO events.

“If they are friendly to us, we can promote the human beings’ civilization through exchange and cooperation with them. If they are not, as long as we prepared for their invasion, we can beat them back based on their weaknesses. After all, they are life entities, they would show their slips,” Wang said in an interview with Wang Qianyuanxueof the People’s Daily Online

Another mass Chinese sighting took place on the evening of  July 26 1995 when a fan-shaped UFO flying height of about 1460 km, the flight speed of only 0.29 km / sec was seen.

Since the initial Chinese spiral UFO was seen the Spiral UFO has become a worldwide  phenomena. 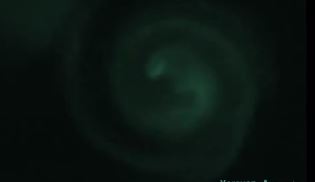 UFO phenomenon reported in Western Canada. The footage shows a spiral light similiar to what was seen in norway “The Norway Lights” May 21st, 2010http://disclosure2009.blogspot.com/2010/05/ufo-spiral-seen-over-western-canad… 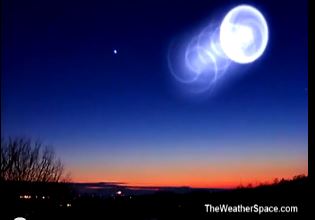 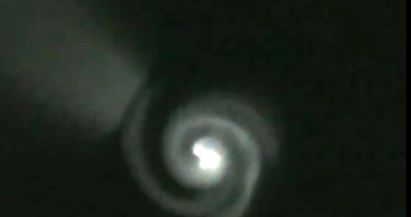 http://highercalling88.com/ These large spirals started appearing over Australia in early Jan 2010. These are all unedited images. They started showing up on the bureau of meterology’s radar a few weeks ago. I’m including the link to the story so you can get more details.