“We the people of the United States of America are officially requesting the United Nations to monitor our remaining 2016 presidential election. So far we have seen evidence of massive election fraud all across the country” 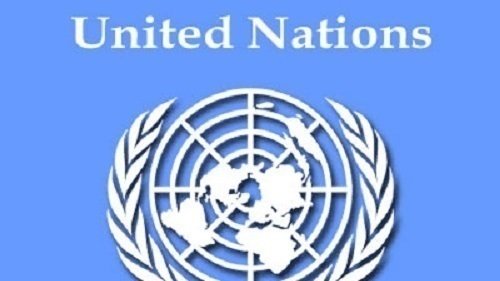 We the people of the United States of America are officially requesting the United Nations to monitor our remaining 2016 presidential election. So far we have seen evidence of massive election fraud all across the country, which gives us reason to believe that the fraud will continue. We have a reasonable suspicion that our government and the integrity of our electoral process has been compromised in order to place their chosen candidate in power against the will of the American people.

The U.S. State Dept. says that a discrepancy in exit polls of more than 2% indicates fraud, we have had discrepancies outside of that margin in at least 16 of the state primaries all the way up to a discrepancy of 23%. These discrepancies have only happened in one of our political parties and they have all been in favor of one candidate. On top of the exit poll discrepancies there has been reports of ballots cast in the names of deceased citizens, patients of mental hospitals, and elderly people with dementia. There has been reports of registration purging, switching of party affiliations, vote flipping, and massive voter suppression. Not to mention the millions of voters who have not been allowed to vote because they do not claim any party affiliation. Multiple major universities have calculated that in order to get our current results without election fraud, the odds would be 1 in 70 billion.

This level of election fraud is usually only done covertly and in 3rd world countries, now it’s being done openly and blatantly in the United States. Our democracy is being stolen and we very well maybe on the brink of a dictatorship, we can no longer trust our government and we need help from the outside. So we are respectively requesting the U.N. to step in and assess the integrity of our electoral process. We also request that you review the apparent fraud of our current results and ensure credibility and transparency moving forward. We feel that your help is imperative to avoid an inevitable major conflict in the U.S. due to corruption in our government.