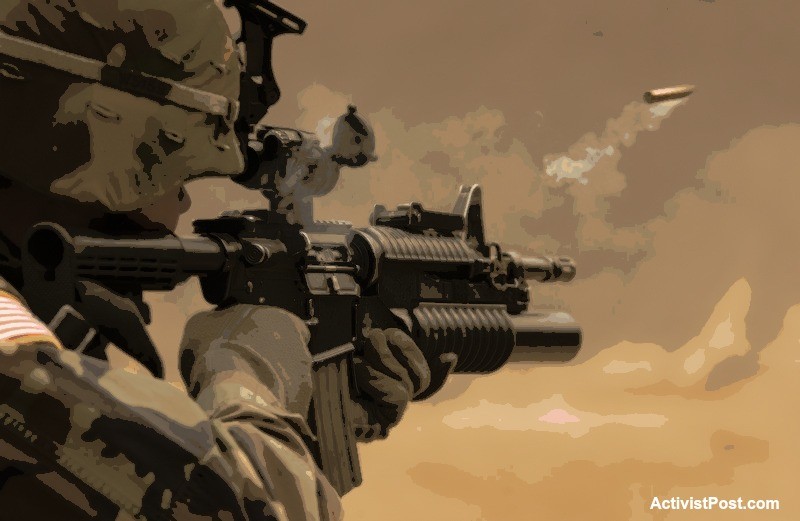 While military combat training is a necessity, it does seem to be a trend that these drills are moving closer and closer to heavily populated areas

Nothing calms the public quite like gunfire in heavily populated areas. Nevertheless, the U.S. Army has plans to do just that starting August 30th and continuing to September 12th in 21 select counties in North Carolina.

While exact locations are not being released, according to The Charlotte Observer residents in the following counties should not be alarmed by gunfire, flares and helicopter activity that might be witnessed, as seen in the video below:

Efforts to calm the public ahead of time come after some past tragic incidents where at least one soldier died and mass panic ensued after a similar exercise was thought to be a real event.

This latest group of drills is part of “Robin Sage” which is a series of ongoing training exercises conducted out of the Fort Bragg military base.  According to The Charlotte Observer, this year’s emphasis is being placed on unconventional warfare where “students will match wits with more seasoned soldiers, who will ‘act as realistic opposing forces and guerrilla freedom fighters,’ officials said in a release.”

It’s not clear in the Observer‘s report if this series of drills has anything to do with a larger U.S. Army mission of preparing for close-combat warfare in megacities, but it does appear to have some of those elements.

As I reported in 2017, the Pentagon gave a very clear image of where they believe warfare is headed in the future as the world’s cities continue to swell and become pressure cookers for potential insurrection.  It’s part of a program called “Thunderstorm Spiral.”

Drills such as “Unified Quest” run yearly by the U.S. Army also took a sharper turn in 2014 toward addressing the problem of combat in megacities – defined as cities with more than 10 million people, of which there already are nearly 25 and projected to total near 40 by the year 2025.

Solicitations for “meagcities combat units” have been issued by people as prominent as West Point scholar and former Ranger Instructor, John Spencer. His article on the topic is a must-read.

While military combat training is of course a necessity, it does seem to be a trend that these drills are moving closer and closer to heavily populated areas of the United States. That should be alarming enough.