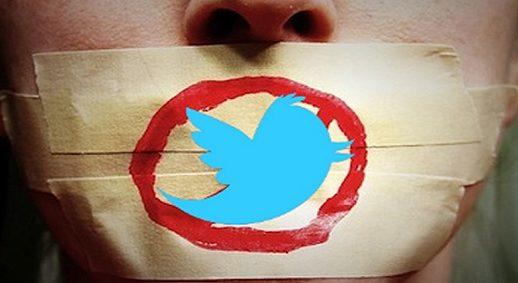 Twitter has written “shadow banning” aka, censorship, into their new terms.  The platform will now intentionally “limit the visibility” of some users. Expect those who dissent from the official narrative to be the ones censored.

Critics have accused Twitter of censorship for quite some time now.  But this time, it’s official. The company has admitted they will attempt to silence those critical of the ruling class. According to RT, the news terms will be taking effect in January of 2020. While the new terms don’t look like much to write home about, some tweaks to the language could have larger repercussions for users, limiting their reach behind the scenes without their knowledge.

Last year, when I spoke to Twitter reps, they lied and gaslight us about their targeted manipulation of people’s tweets. Now it’s in their new TOS. https://t.co/dti7FSd1v6 nu, @RubinReport, we’re waiting for an alternative pic.twitter.com/W2LBYma3lU

The social media giant is telling users that it reserves the right shadow ban or “throttle” or censor certain accounts. And it is not clear on what basis will it make those decisions, although we guess (based on their past which is rife with censorship) that accounts that aren’t parroting the government’s official narrative will be on the list.

While Twitter has previously insisted point-blank “we do not shadow ban,” in the pre-2020 terms the company split hairs between shadow banning and “ranking” posts to determine their prominence on the site, and acknowledged deliberately down-ranking “bad-faith actors” to limit their visibility.

In January 2018, conservative media watchdog group Project Veritas published footage showing Abhinov Vadrevu, a former Twitter software engineer, discussing shadow banning as a “strategy” the company was at least considering, if not already using. “One strategy is to shadow ban so you have ultimate control. The idea of a shadow ban is that you ban someone but they don’t know they’ve been banned because they keep posting and no one sees their content,” Vadrevu said. “So they just think that no one is engaging with their content when in reality, no one is seeing it.”

The new terms will make shadow bans an official policy, all but guaranteeing continued cries of bias and censorship from the platform’s many critics will be silenced.