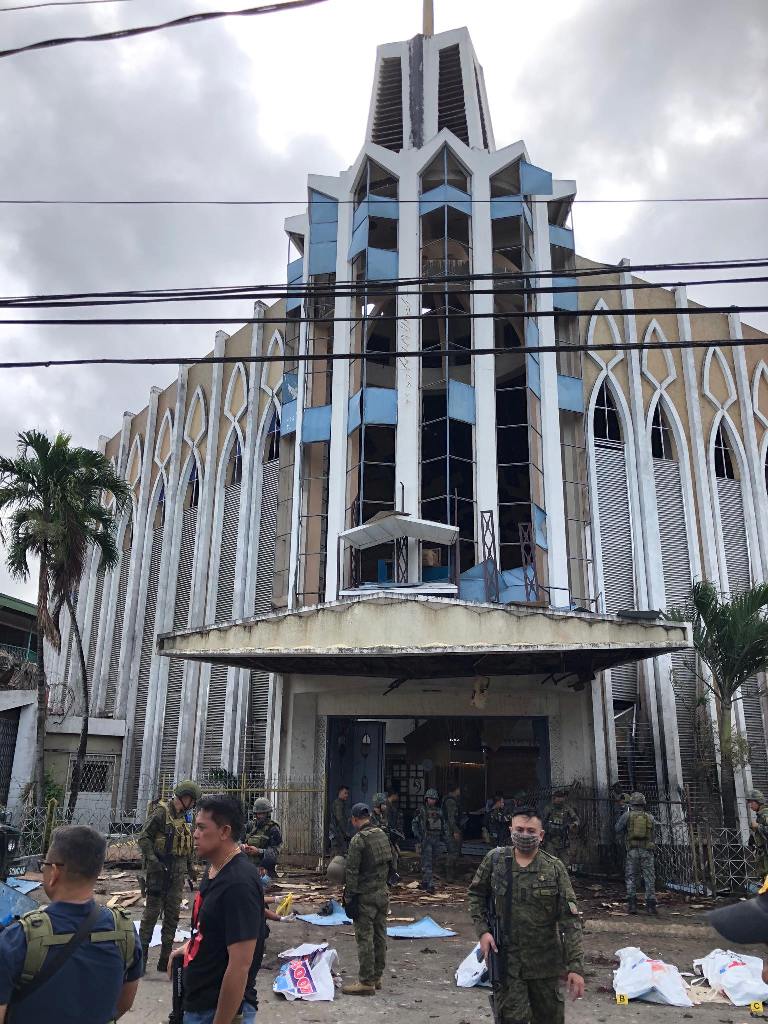 MANILA, Jan. 27 (Xinhua) — The death toll has climbed to 27 in the twin explosions at a church in the conflict-plagued Sulu province of the southern Philippines on Sunday, the police said.

Police Chief Superintendent Graciano Mijares, Philippine National Police (PNP) director in the Autonomous Region in Muslim Mindanao (ARMM), told local media that so far his office has recorded 27 d ead, including seven army soldiers, and 77 injured in the blasts that hit the Jolo Cathedral at 8:15 a.m. local time on Sunday. 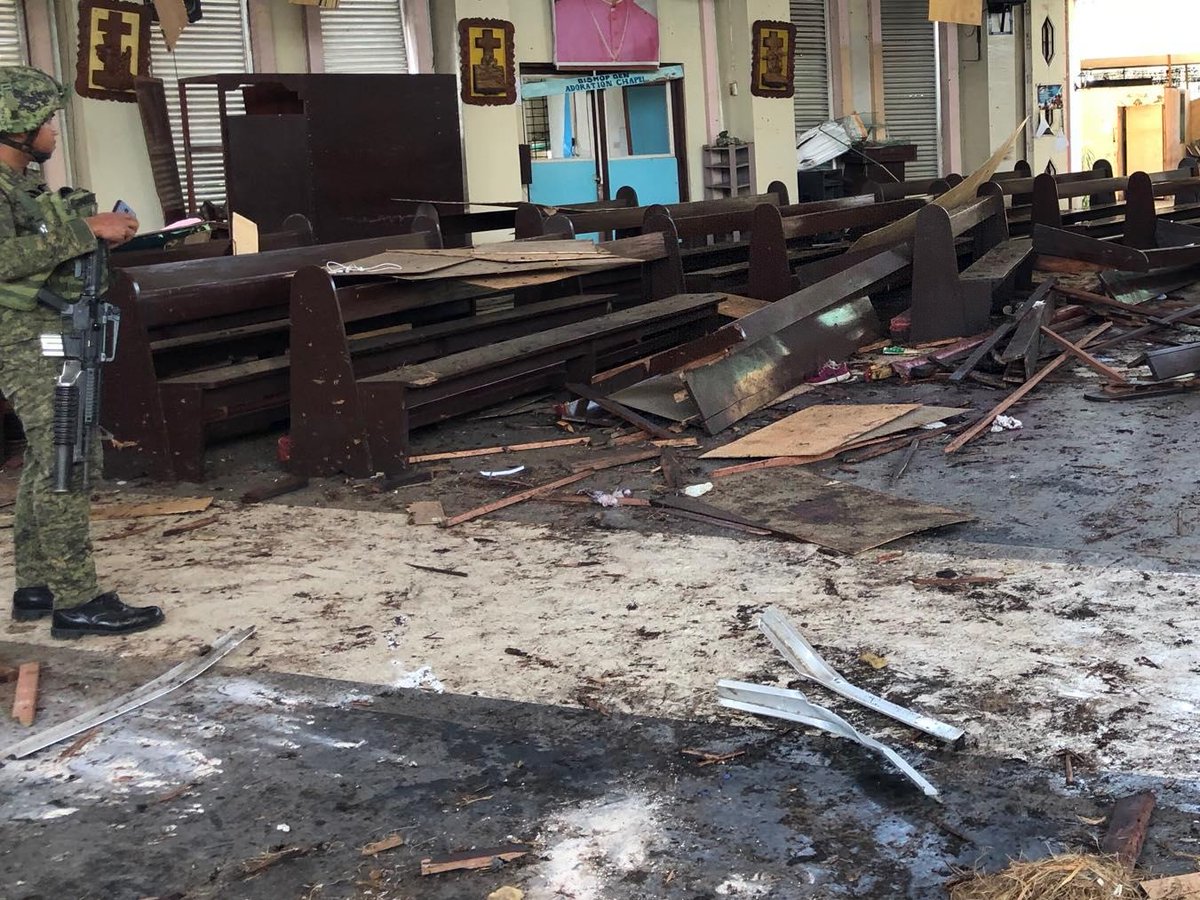 But Philippine military spokesman Edgard Arevalo said the military has so far tallied 12 dead and 42 wounded. Five of the dead were army soldiers, he added.

PNP chief Director General Oscar Albayalde said the bombs are believed to be improvised explosive devices (IEDs). He said one IED went off inside the church while another outside near the entrance of the church. “It went off one minute apart, ” he said.

Victims were rushed to the nearest hospitals in Sulu while those injured will be airlifted to Zamboanga City for further medical attention, an official military report said.

He said the Armed Forces of the Philippines has immediately secured the explosion area and transported the casualties to the nearest medical facilities, including the air evacuation of some victims to Zamboanga City for further medication and evaluation.

“I have directed our troops to heighten their alert level, secure all places of worships and public places at once, and initiate pro-active security measures to thwart hostile plans,” Lorenzana said.

“As we convey our sincerest condolences to the families and friends of the victims and offer our sympathy to the peace-loving people of Sulu who are severely affected by this dastardly act, we assure our people that we will use the full force of the law to bring to justice the perpetrators behind this incident,” he added.

Lorenzana urged the public to be more vigilant and cooperative with the authorities in reporting any security-related concerns.”

“We also urge everyone to remain calm and avoid spreading panic in our respective communities to deny terrorism any victory,” Lorenzana said.

The Philippine Presidential spokesperson said on Sunday afternoon that “authorities are now investigating these brazen attacks, which includes identifying the group behind the blast.”

No group claimed responsibility for the terror attack.