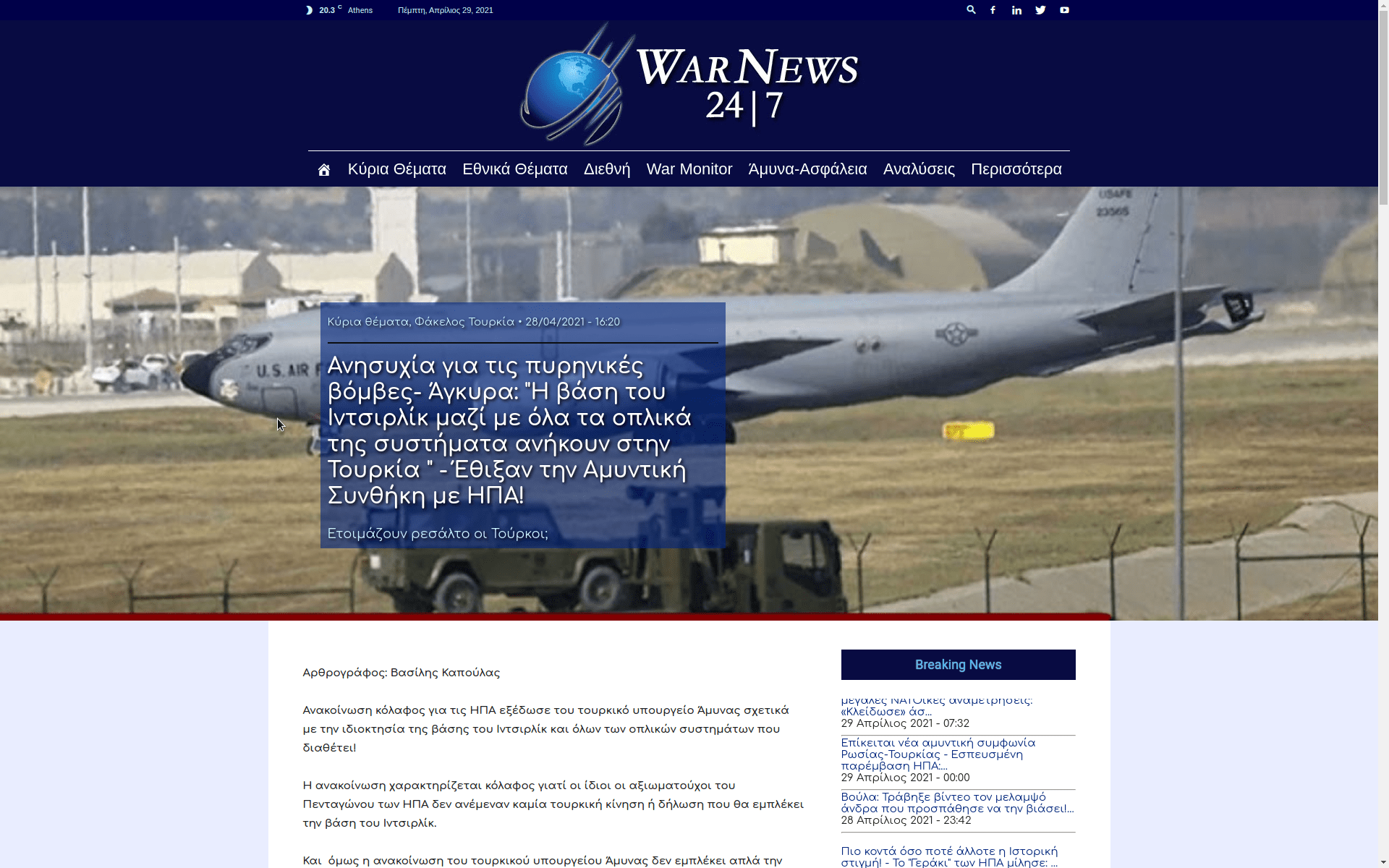 A statement issued by the Turkish Ministry of Defense regarding the ownership of the Incirlik base and all the weapons systems at its disposal!
The announcement came as a blow because US Pentagon officials themselves did not expect any Turkish moves or statements involving the Incirlik base.

And yet the announcement of the Turkish Ministry of Defense does not simply involve the Incirlik base but refers to the Turkey-US Defense Treaty that was first revealed by WarNews247 a few days ago.
The Turkish media clearly state that this is Ankara’s response to the recognition of the Armenian Genocide.

However, the fact that Erdogan dared to raise the issue of Incirlik along with the weapons systems inside the base has caused alarm in the Alliance.
It is known that the US has withdrawn 2/3 of the nuclear bombs from the base for reasons of “modernization”

According to the 1980 Defense and Economic Cooperation Treaty on the use of the facilities, Turkey and the US share them(equipment, weapons).

This treaty “allows” (!) The US to make use of the facility.