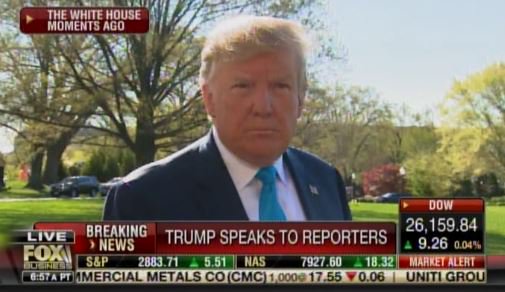 The President unloaded on the deep state and Mueller probe of 18 angry Democrats.

President Trump did not hold back!

President Trump: After wasting all of this money and all of this time with people who were haters. People that worked on the Hillary Clinton Foundation, people who were absolutely haters of Trump. They found no collusion. What has been found during this period of time are the illegal acts of getting this whole phony investigation started. And hopefully that’s where people are going now. And it’s very interesting. It was an illegal investigation. It was started illegally. Everything about it was crooked. Every single thing about it. There were dirty cops. These were bad people. You look at McCabe and Comey and you look at Lisa and Peter Strzok. These were bad people. And this was an attempted coup. This was an attempted take down of a president. And we beat them. We beat them.

THE STILL REPORT: The Deep State Is Nearing Collapse