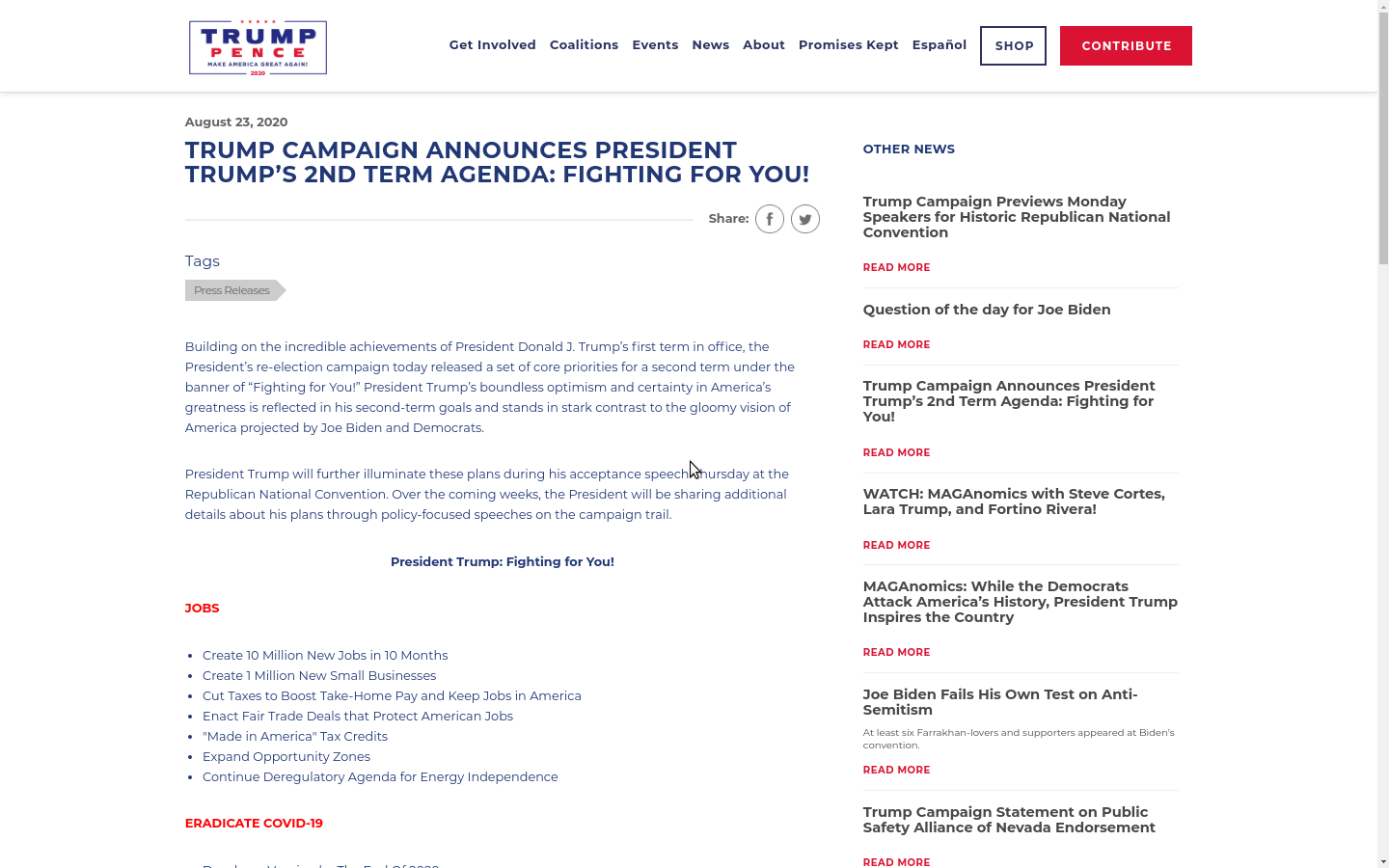 END OUR RELIANCE ON CHINA

INNOVATE FOR THE FUTURE

Launch Space Force, Establish Permanent Manned Presence on The Moon and Send the First Manned Mission to Mars
Build the World’s Greatest Infrastructure SystemWin the Race to 5G and Establish a National High-Speed Wireless Internet Network
Continue to Lead the World in Access to the Cleanest Drinking Water and Cleanest Air
Partner with Other Nations to Clean Up our Planet’s Oceans