Authored by Sundance via the Conservative Treehouse

One important note of caution: there is a big difference between “authorized” and “ordered”. On May 23rd, 2019, President Trump authorized AG Bill Barr to declassify all documents and despite much optimism nothing happened {Go DEEP}. However, President Trump references that lack of inaction in the next series of tweets:

President Trump also expressed the same frustration many of us feel about how these agencies and institutions have operated only to protect their own interests. He even re-tweeted the meme of Bill Barr to drive home the point. The original article is located at ZeroHedge.com

So I had to constantly fight off all of this Scum, achieve more than any other President in First Term, and then they talk Chaos. They created crimes against me and this administration! https://t.co/jlITzFMH2E

Taking too long. Media is in on it. A true scandal! https://t.co/tpm5MhflvM

Whether anything comes of this latest, seemingly stronger, emphasis and request from President trump is an unknown. However, again, this is an authorization for release of documents and not a direct order.

There are likely legal reasons for this approach, and no doubt there are advisors around the office of the president who would want him to take a more cautious approach.

Several people are pointing toward an announcement of a press conference by the DOJ Wednesday morning and attempting to connect the tweet-storm to the presser. However, my gut tells me they are two distinctly different topics. 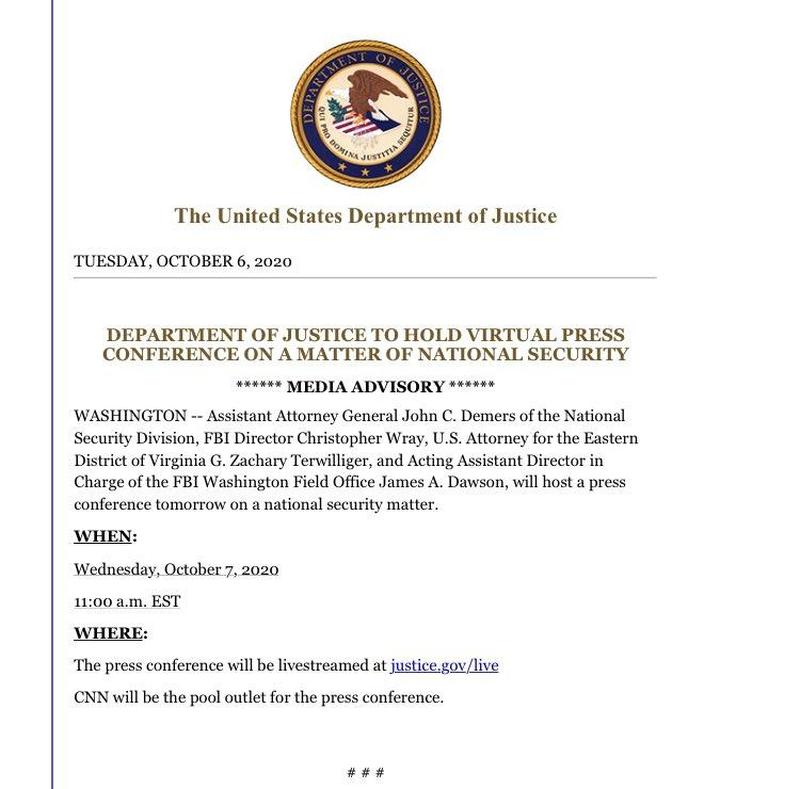 But we can keep our fingers crossed.

Whatever the case may be, we will receive the answer later this morning.

Interestingly, albeit likely unrelated, the specific participants in the presser hold offices that are directly connected to the previous 2019 indictment of Julian Assange.