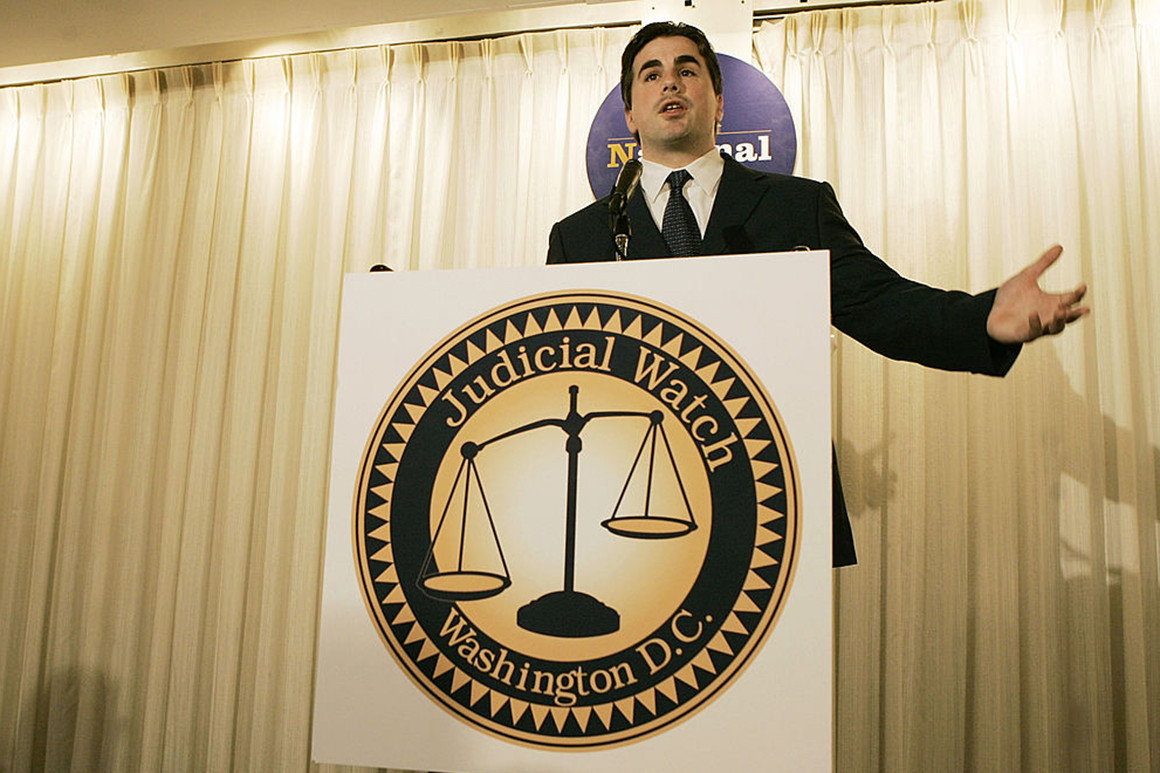 The founder of Judicial Watch would sit on the D.C. Commission on Judicial Disabilities and Tenure, which has the power to remove certain judges for misconduct.

The White House announced Trump’s intention to name Fitton to the D.C. Commission on Judicial Disabilities and Tenure on Friday afternoon. Fitton is the head of the conservative group Judicial Watch and has advocated the investigation of former Obama administration officials, including Hillary Clinton. He was also a fierce critic of special counsel Robert Mueller’s investigation into the 2016 election.

The announcement was the most significant front-end action by the White House during a day consumed by the president’s health. Trump announced early Friday that he and first lady Melania Trump had tested positive for coronavirus, and he was transferred to Walter Reed Military Medical Center in the afternoon out of what the White House said was an “abundance of caution.“

Fitton has made a name for himself peddling misinformation on a number of current topics, including the scientific consensus on climate change. He has also called for the end of coronavirus safety precautions, such as mask wearing and working from home.

The commission is composed of two lay members, four attorneys and one federal judge. The president can appoint one of the members, who serves for a five-year term. The commission has the power to remove judges for misconduct or force judges into retirement if they become mentally or physically incapacitated.