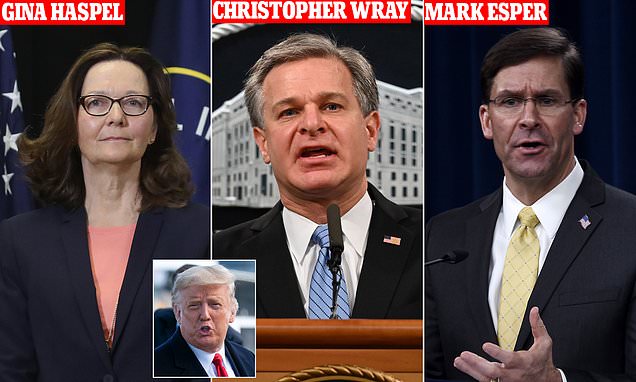 The White House sources said that both Wray and Haspel are almost unanimously ‘despised and distrusted’ by Trump’s inner circle.

Trump reportedly would have fired them both already, one source said, had it not been for the looming November 3 election, and the political headaches that such motions can cause.

More @ Source: Trump ‘plans to fire the heads of FBI, CIA and Pentagon if he wins re-election’  | Daily Mail Online