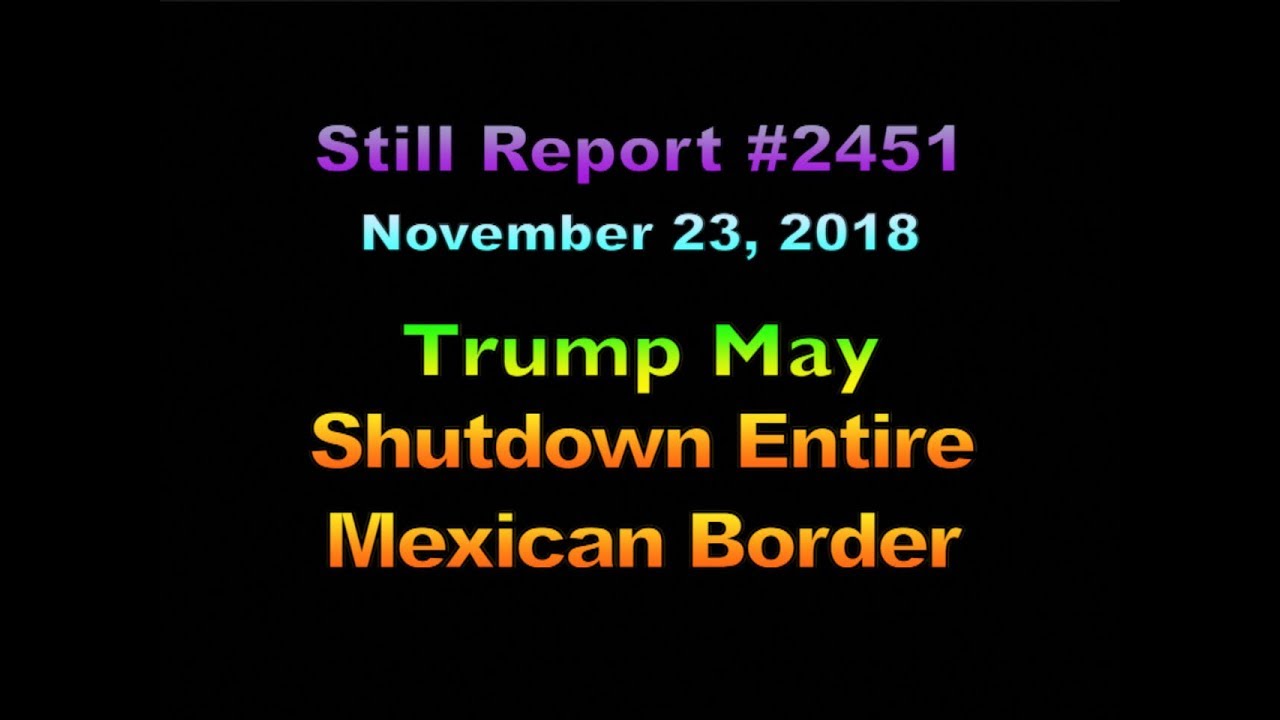 Synopsis:
After intelligence sources inside the illegal migrant caravan reported leaders are planning to rush the border at Tijuana, Mexico along the vehicular lanes, President Trump said that he may close the border entirely from the Pacific Ocean to the Gulf of Mexico until Federal authorities feel that they have the situation under control again.

“I mean the whole border,” said the President. “And that means that Mexico is not going to be able to sell their cars into the United States until its open.”

Can he do it? According to Dr. Bill Bennett, former Secretary of Education, and the first Drug Czar under President Reagan, he can antd it’s been done before: