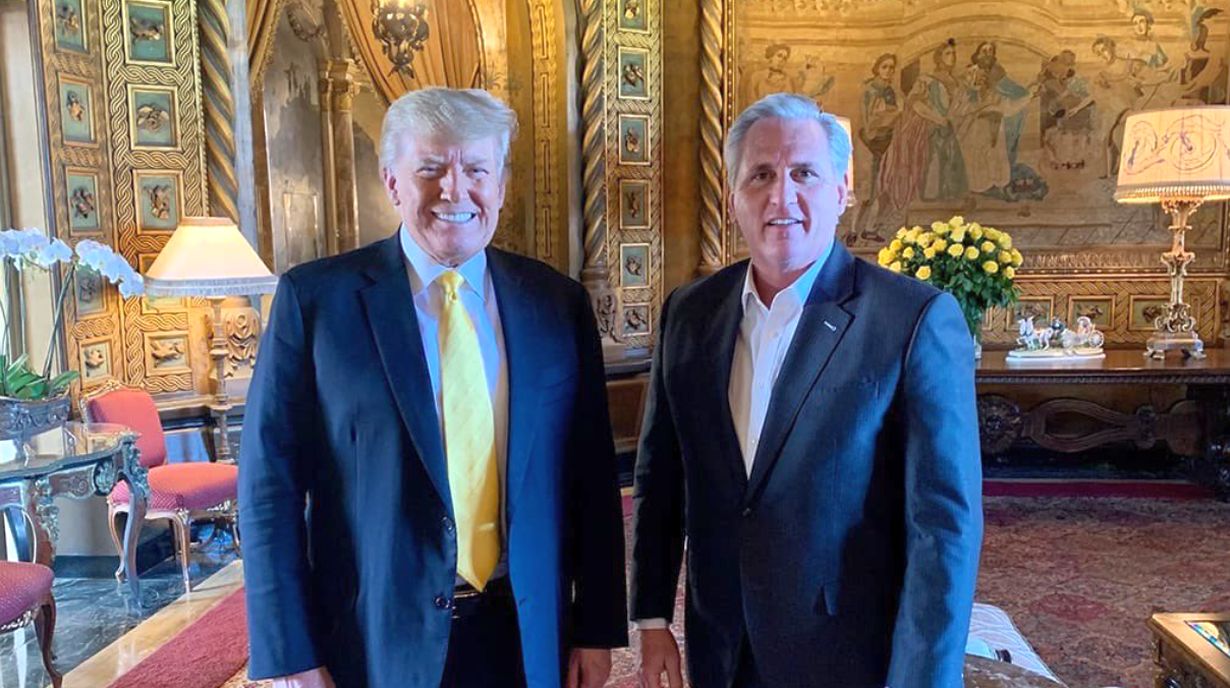 Former President Donald Trump has backed House Minority Leader Kevin McCarthy (R-Calif.) in his bid for speaker while saying that McCarthy’s opponents should fall in line. “I support McCarthy,” Trump told Breitbart News on Dec. 15. “Look, I think this: Kevin has worked very hard,” Trump added. “He is just—it’s been exhausting. If you think, […]

McCarthy, 57, has been in the House GOP leadership since 2009, during his second term in office. But he has never been speaker.

McCarthy was in the running to succeed then-House Speaker John Boehner (R-Ohio) in 2015 but abruptly dropped out before the conference vote. Then-Rep. Paul Ryan (R-Wis.) ended up succeeding Boehner.

Both Boehner and Ryan have since left Congress and McCarthy won the House Republican nomination in November. The speaker, though, must also receive the most votes in a session with members of both parties, and Republicans will only hold a slim majority when the new Congress is sworn in shortly after the New Year.

Rep. Andy Biggs (R-Ariz.), 64, whom McCarthy defeated in the conference vote, has said he would be challenging McCarthy again in the upcoming session. At least four other members, including Reps. Matt Gaetz (R-Fla.) and Ralph Norman (R-S.C.), have publicly opposed McCarthy and said they will not or likely will not vote for him.

“Rep. Norman sincerely likes Rep. McCarthy on a personal level,” a spokesman for Norman told The Epoch Times. “However, Rep. Norman is extremely concerned with the direction of this country, particularly with respect to the federal government’s out-of-control spending and outrageous national debt.”