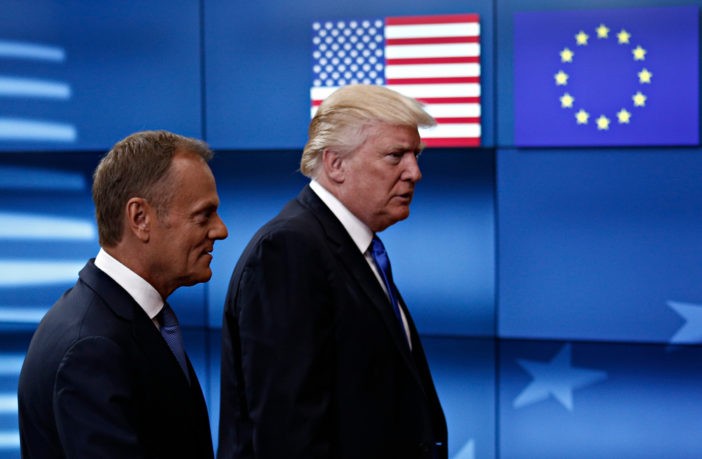 The Trump administration has downgraded the diplomatic status of the EU in Washington, without informing Brussels, officials confirmed on Tuesday.

The Trump administration has downgraded the diplomatic status of the EU in Washington, without informing Brussels, officials confirmed on Tuesday.

The downgrade reverses an Obama administration decision in 2016 to grant the EU an enhanced diplomatic role in Washington, and is being seen in Brussels as a snub reflecting a general antipathy to the EU in the Trump administration.

The change, potentially means that the EU mission would have less clout and access to US officials.

“We understand that there was a recent change in the way the diplomatic precedence list is implemented by the United States’ protocol.”, Maja Kocijančič, spokeswoman for EU foreign affairs and security policy, said.

She added: “We were not notified of any change.”

“We are discussing with the relevant services in the administration possible implications for the EU delegation in Washington.”

“We expect the diplomatic practice established some years ago to be observed.”, Kocijančič continued.

“This is a gratuitous and entirely unreasonable swipe at the EU by the Trump administration,” said Nicholas Burns, who was under secretary of state for political affairs in the George W Bush administration.

“Americans should remember that the EU is our largest trade partner and largest investor in our economy.”

“Trump’s entire policy toward the EU continues to be misguided and ineffective.”, Burns added.

Asked for comment, the US state department sent out an automatic message saying that due to the government shutdown, “communications with the media will be limited to events and issues involving the safety of human life or the protection of property, or those determined to be essential to national security”.

The US president has supported Brexit and has described the EU as a “foe”.