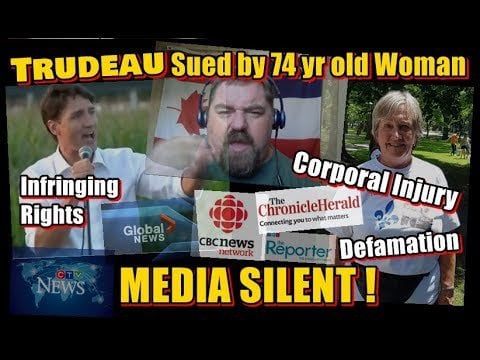 CANADA’S RED PILL – August 8th 2019 : Last August, on the 16th to be precise, 74 year old Diane Blain attended a Liberal rally with #Justin Trudeau to ask the Golden Boy of  Canadian Politics when #Taxpayers would be reimbursed for the 146 Million dollars that were spent to welcome Illegal Immigrants to Québec .

Trudeau not only insulted the woman, accusing her of being Racist and telling her she has no place in Canada , no, Trudeau also stood by silently while thugs from the RCMP physically assaulted her while dragging her out of the venue.

Now it seems Trudeau is being Sued for 95K and our MSM Fake News is  Silent on the matter! Not CBC , not CTV , not Global , not The Reporter or The Chronicle Herald , not one of them has said a peep! Time stamps tell the tale.