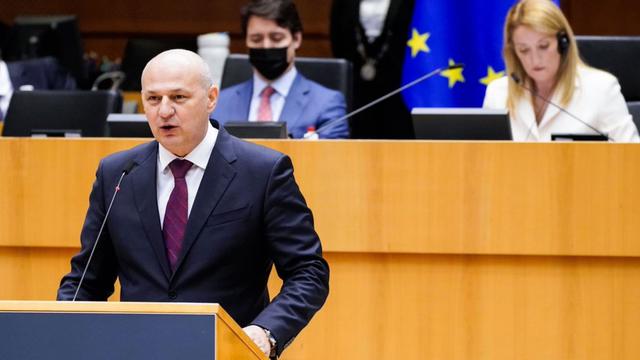 A Member of European Parliament has accused Prime Minister Justin Trudeau of conducting “a dictatorship of the worst kind” over his handling of this year’s Freedom Convoy protests in Ottawa.

Croatia MEP Mislav Kolakusic made the strident comments while Prime Minister Trudeau was on a two-day trip to Belgium.

“Canada, once a symbol of the modern world, has become a symbol of civil rights violation under your quasi-liberal boot in recent months,” he said.

We watched how you trample women with horses,” said the MEP.
PM Trudeau, in recent months, under your quasi-liberal boot, Canada has become a symbol of civil rights violations. The methods we have witnessed may be liberal to you, but to many citizens around the world it seemed like a dictatorship of the worst kind.