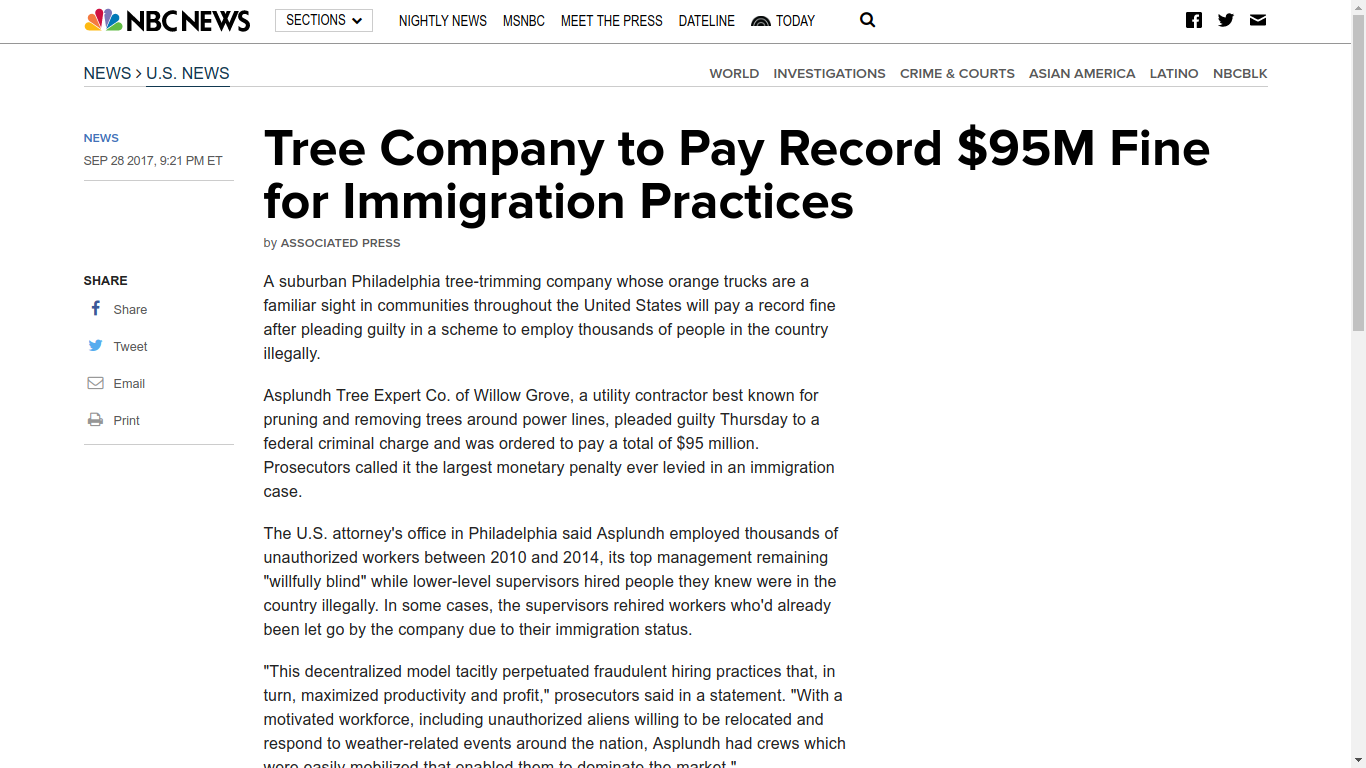 A suburban Philadelphia tree-trimming company whose orange trucks are a familiar sight in communities throughout the United States will pay a record fine after pleading guilty in a scheme to employ thousands of people in the country illegally.

Asplundh Tree Expert Co. of Willow Grove, a utility contractor best known for pruning and removing trees around power lines, pleaded guilty Thursday to a federal criminal charge and was ordered to pay a total of $95 million. Prosecutors called it the largest monetary penalty ever levied in an immigration case.

The U.S. attorney’s office in Philadelphia said Asplundh employed thousands of unauthorized workers between 2010 and 2014, its top management remaining “willfully blind” while lower-level supervisors hired people they knew were in the country illegally. In some cases, the supervisors rehired workers who’d already been let go by the company due to their immigration status.

“This decentralized model tacitly perpetuated fraudulent hiring practices that, in turn, maximized productivity and profit,” prosecutors said in a statement. “With a motivated workforce, including unauthorized aliens willing to be relocated and respond to weather-related events around the nation, Asplundh had crews which were easily mobilized that enabled them to dominate the market.”