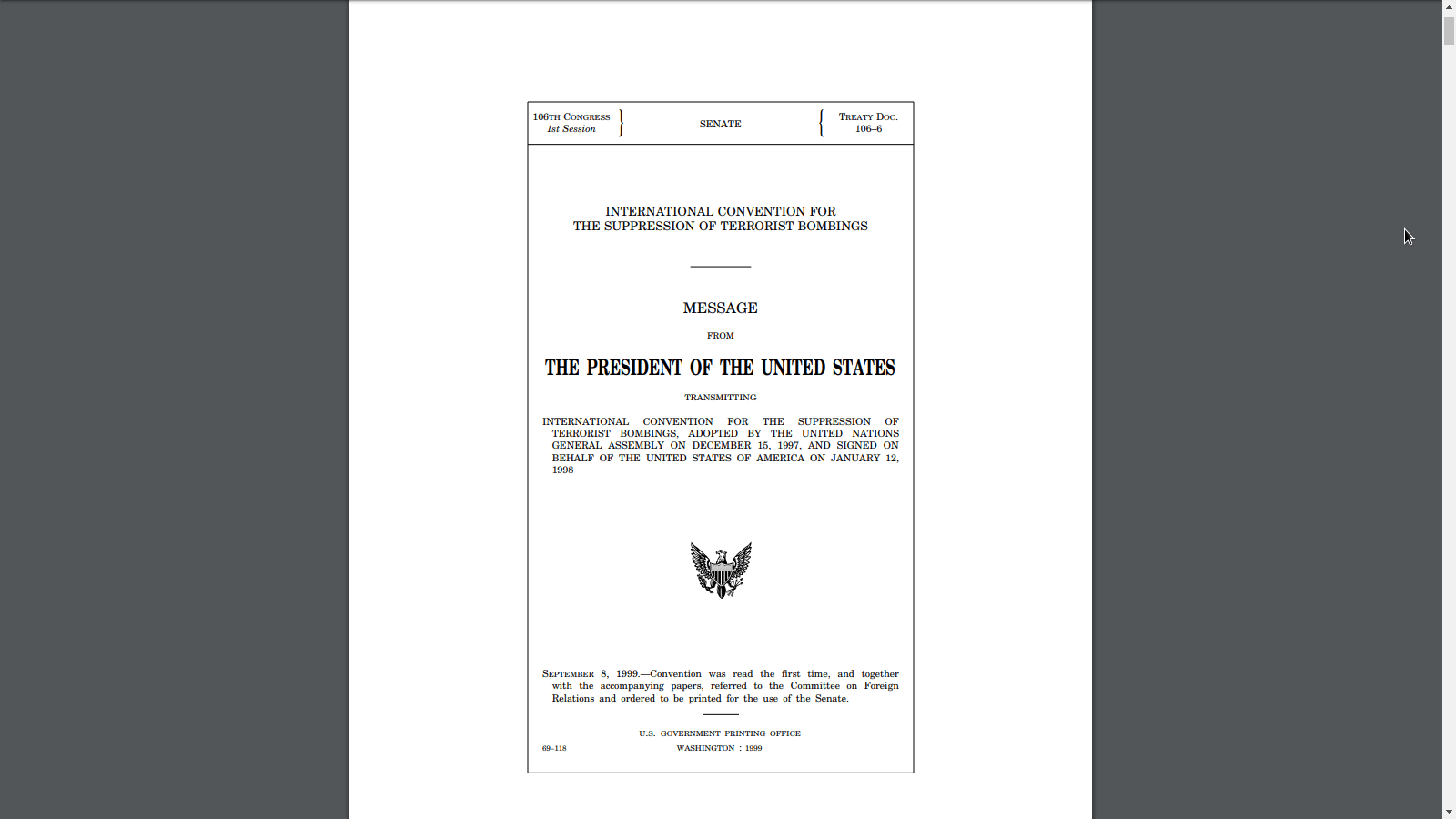 A treaty was passed when Joe Biden was a member of the U.S. Senate and then signed by then-President Bill Clinton. The treaty agreement allows cooperation between both the United States and Ukraine in the investigation and prosecution of crimes.

This revelation shows that President Trump was well within his rights to ask Ukraine to investigate Joe Biden and his son Hunter.

So it turns out there is this treaty… Yes, there is an actual treaty between the U.S. and Ukraine which obligates the leaders of both countries to cooperate fully and together on investigations of corruption, particularly criminal matters and corruption that involves both the United States and the Ukraine. The phone call between President Trump and Ukrainian President Zelenskiy, and it’s content, were not only legal, but the discussion and requests are actually mandated.

Here is a portion of the letter from Bill Clinton concerning notes on the treaty:

Also enclosed, for the information of the Senate, is an
exchange of notes under which the Treaty is being provisionally
applied to the extent possible under our respective domestic
laws, in order to provide a basis for immediate mutual
assistance in criminal matters. Provisional application would
cease upon entry into force of the Treaty.

The Treaty covers mutual legal assistance in criminal
matters. In recent years, similar bilateral treaties have
entered into force with a number of other countries. The Treaty
with Ukraine contains all essential provisions sought by the
United States. It will enhance our ability to investigate and
prosecute a range of offenses. The Treaty is designed to be
self-executing and will not require new legislation.

And the Treaty Doc: To the Senate of the United States:

The Treaty is one of a series of modern mutual legal
assistance treaties being negotiated by the United States in
order to counter criminal activities more effectively. The
Treaty should be an effective tool to assist in the prosecution
of a wide variety of crimes, including drug trafficking
offenses.

The Treaty is self-executing. It provides for a broad
range of cooperation in criminal matters. Mutual assistance
available under the Treaty includes: taking of testimony or
statements of persons; providing documents, records, and
articles of evidence; serving documents; locating or
identifying persons; transferring persons in custody for
testimony or other purposes; executing requests for searches
and seizures; assisting in proceedings related to restraint,
confiscation, forfeiture of assets, restitution, and collection
of fines; and any other form of assistance not prohibited by
the laws of the requested state.