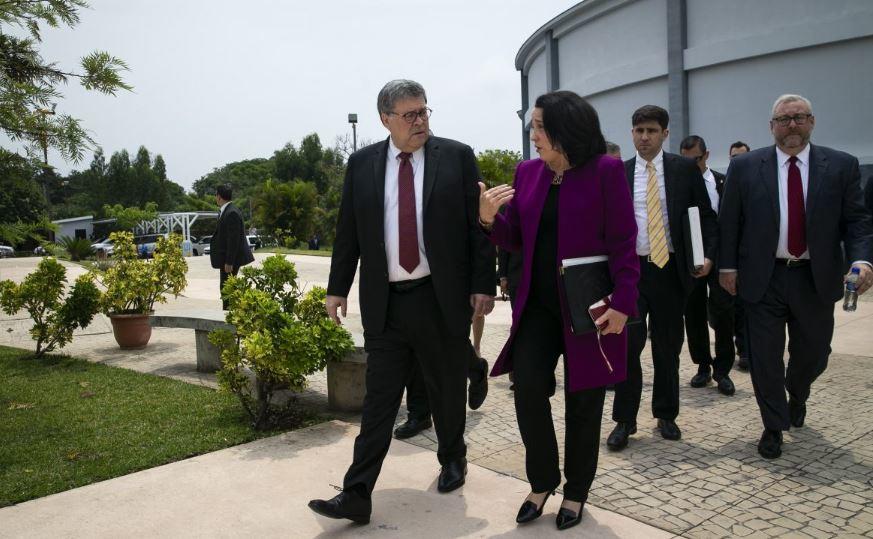 “My Campaign for President was conclusively spied on. Nothing like this has ever happened in American Politics. TREASON means long jail sentences, and this was TREASON!” – Donald Trump

In his first pair of interviews since being sworn in, Attorney General Barr told Fox News and WSJ that he was pursuing the investigation into the origins of the Trump-Russia probe – an investigation he has tasked

John Durham, the US Attorney from Connecticut, with leading – because Americans need to know whether the government “put a thumb on the scale” to try and undermine President Trump both during the campaign and during the first two years of his term, just like “we need to ensure that foreign actors don’t influence the outcome of our elections.”

Separately, he told WSJ that “government power was used to spy on American citizens…I can’t imagine any world where we wouldn’t take a look and make sure that was done properly.”

Barr has doubled-down on using the term ‘spying’, which has angered Democrats, after first using it during Senate committee testimony from April 10, where he uttered the now-infamous phrase “I think spying did occur.”

The AG has declined to elaborate on what prompted these concerns, though he has said he’d be interested to see the underlying intelligence that sparked the FBI decision, in the summer of 2016, to open a counterintelligence investigation. At this point, Durham’s review isn’t a criminal investigation, and Barr hasn’t offered a timetable for when the investigation might be completed. Ultimately, the probe could lead to changing FBI protocols involving investigations into political campaigns.

Appearing to respond to Barr’s interviews, President Trump declared that his campaign was “conclusively” spied on.

My Campaign for President was conclusively spied on. Nothing like this has ever happened in American Politics. A really bad situation. TREASON means long jail sentences, and this was TREASON!

As far as we know, the FBI first started investigating the campaign after an Australian ambassador told his superiors that George Papadopoulos had appeared to know about Russian plans to release ‘dirt’ on Hillary Clinton. The FBI later sent an informant, Stefan Halper, and a woman who identified herself as a research assistant, to meet with Papadopoulos and push him to say whether Russia was helping the Trump campaign.

Watch the Fox interview below: