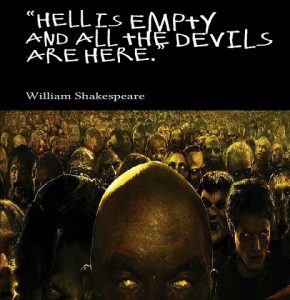 Trafficker of child sex-slaves admits to killing hundreds of children

Ross Kemp, 54, is an English actor, author and investigative journalist who has received international recognition as a journalist for the BAFTA Award-winning documentary series Ross Kemp on Gangs on modern gang culture in the UK and around the world. He followed this up with the documentaries Ross Kemp in Afghanistan, Ross Kemp in Search of Pirates, Ross Kemp: Battle for the Amazon and Ross Kemp: Extreme World.

In this video from his Extreme World documentary, Kemp tracked down and interviewed Mr. Kahn, a child trafficker in India who is being investigated for over 25 different offenses.

Kahn says he has been trafficking for 7 years, and that he has “trafficked” 3,000 or 4,000 young girls, “maybe more”. He goes to poor communities, often in Muslim or “tribal” areas, and looks for “real beauties”. The girls are auctioned and go to the highest bidder. The most Kahn got for a sale was a million taka, the currency of Bangladesh — the equivalent of £8,500 or US$10,935.

Kemp asks if it’s true that Kahn has sold girls as young as nine for sex, to which the man replies, “I’ve sold girls who are 12.”

Kemp then asks if Kahn had ever returned any of the children to their communities, to which Kahn replies, “No”.

Kemp asks a follow-up question if it’s true that Kahn kills the children that he can’t sell. Kahn replies:

“If they try to run away, or if there’s any trouble selling them, they are killed and buried. If our bribed police can’t handle it, it goes to the CID, then we kill the girls. We don’t count them. About four or five hundred. I’m telling you the truth.”

Speaking about the encounter afterward, Kemp said he had to fight back the tears and was “shocked” and “horrified” by what Kahn told him: “Interviewing a guy who admits to killing 400 to 500 kids but doesn’t know exactly how many – that did make me cry.”

Source: Trafficker of child sex-slaves admits to killing hundreds of children | Fellowship Of The Minds