For anyone who missed it last night, here’s a quick time lapse of the asteroid’s close approach.

If it’s an elongated object with a period of roughly 12 minutes (which is what the timing was when it was discovered in 2012) then it makes sense that you would have two peaks and two dips for every rotation of the object (imagine a football viewed down the tips and from the side as it flips end over end). That would correspond to a rotation period of about 12 minutes, but even so it seems like the rotation period might have slightly decreased due to earth’s gravity. We’ll have to see what the radar observations report. 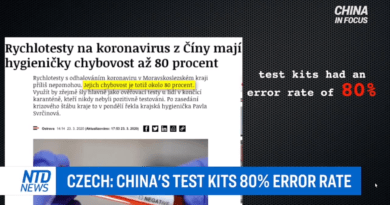 Chinese state-run media reported that China donated 150,000 #CCPVirus (#coronavirus) test kits to the Czech Republic. But the Czech said they paid for the kits which had an error rate of 80%