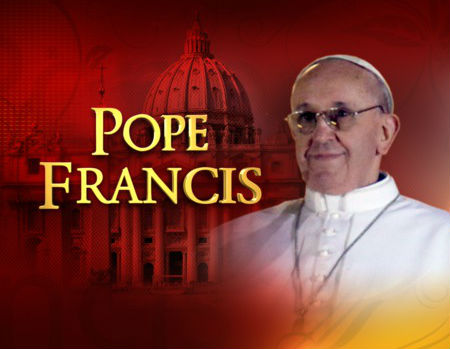 An author who successfully predicted Pope Benedict XVI’s resignation now is suggesting Pope Francis may be a believer in an ancient prophecy that foretells disaster for the Roman Catholic Church.

The pope unleashed an international frenzy of speculation when he recently commented, “I have a feeling my pontificate will be brief. … It is a vague feeling I have that the Lord chose me for a short mission.”

Bestselling author Tom Horn, featured on the blockbuster movie, “The Last Pope?,” told WND in an exclusive interview that the statements imply the man once known as Jorge Mario Bergoglio sees himself as part of a prophecy.

Horn stated, “The comments by Pope Francis regarding possible assassination or retirement and that he may not be the pontiff much longer make me wonder if he is a believer in his role as the last pope (pope No. 112 in the ‘Prophecy of the Popes’), which speaks of the destruction of Rome.”

St. Malachy’s “Prophecy of the Popes” is said to be based on his prophetic vision of the next 112 popes, beginning with Pope Celestine II, who died in 1144. 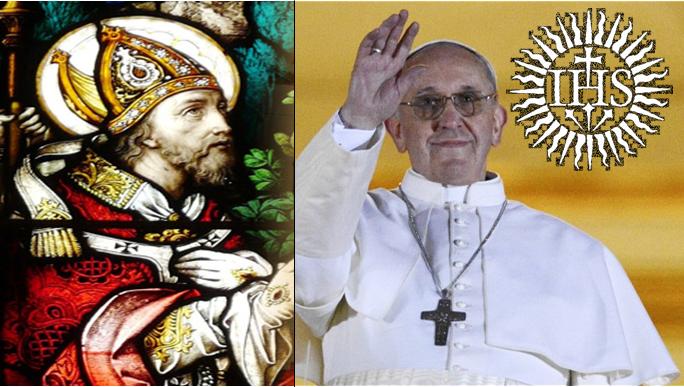 Malachy presented a description of each pope, culminating with the “final pope,” “Peter the Roman,” whose reign would end with the destruction of Rome and judgment.

But other Catholic prophecies also speak of the final subversion of the Roman Catholic Church.

As Horn notes, “Even St. Francis of Assisi – the current pope’s namesake and one of the most venerated religious figures in history – gathered his devotees shortly before his death and prophesied, ‘At the time of this tribulation a man, not canonically elected, will be raised to the pontificate, who, by his cunning, will endeavor to draw many into error and death. … Some preachers will keep silence about the truth, and others will trample it under foot and deny it. … for in those days Jesus Christ will send them not a true pastor, but a destroyer.’”

Horn believes Francis may also see his fate revealed as part of one of the famous “secrets of Fátima.”

“The final secret of Fátima was supposedly given to three Portuguese children, Lucia dos Santos, Jacinta Marto and Francisco Marto, when they saw an apparition of the Virgin Mary (Our Lady of Fátima) in 1917.”

As Horn observed, “There is a great deal of controversy over whether the third secret was ever completely released by the Vatican, but part of what was released describes a city, which some believe to be the Vatican City. The city is attacked and many priests, including the pope (described as the ‘Bishop in White’), are killed by fighters who could easily be interpreted as members of ISIS.”

This section of the prophecy reads,

… before reaching there the Holy Father passed through a big city half in ruins and half trembling with halting step, afflicted with pain and sorrow, he prayed for the souls of the corpses he met on his way [and] on his knees at the foot of the big cross he was killed by a group of soldiers who fired bullets and arrows at him, and in the same way there died one after another the other bishops, priests, men and women religious, and various lay people of different ranks and positions.

ISIS has vowed to “conquer Rome” by 2020 and has called for an alliance with the radical left to further its objectives. ISIS has also included Catholic countries like Spain in its vision of the restored caliphate.

Pope Francis seems aware of the danger posed by the terrorist group. Only a few days before musing on the likely brevity of his papacy, the pope spoke fatalistically about the danger of assassination. The pope declared his life or death is “in God’s hands” and joked, “I have said to the Lord, ‘You take care of me. But if it is your will that I die or something happens to me, I ask you only one favor: that it doesn’t hurt.’”

Such levity, says Horn, conceals more disturbing questions about the nature of Francis’ papacy and the manner in which he obtained his office.

Horn explains the Italian newspaper Il Fatto Quotidiano claimed to have uncovered a plot in 2012 to assassinate Pope Benedict XVI because of an internal power struggle. Horn asks, “Is that why Benedict ‘retired’ officially in 2012, though not publicly until 2013?”

Pope Francis is doing his best to convince the world about the stability of the papacy. Despite his reputation as an innovator, the pope has expressed opposition to an age limit for future popes.

New York Times bestselling author Jerome Corsi also wonders about instability in the Vatican. In an interview with WND, Corsi said Pope Francis’ comments about a short papacy surprised him.

“With Pope Benedict resigning, a new model of the papacy seems to be developing. Granted, Benedict is not day-to-day active, but he appears to give advice to Pope Francis when consulted. Do we already have two popes?”

“In the future, will popes have terms for which they serve, as presidents in the USA have term limits?” Corsi wondered. “Is Pope Francis the last pope to be appointed for life? Will Francis step down as Benedict did? We do appear to be in a new age where the papacy is undergoing redefinition.”

But Horn said the events in progress may be something far more substantial than simply organizational changes.

“Francis appointed Pietro Parolin as his secretary of state, an Italian (Roman) whose name is Peter,” Horn said. “If the Vatican were attacked or Francis and his Camerlengo (papal administrators) were to be killed at the same time or taken out of the way, this man would sit on the pope’s throne and literally be known as ‘Peter the Roman,’ the final line in the Prophecy of the Popes.”