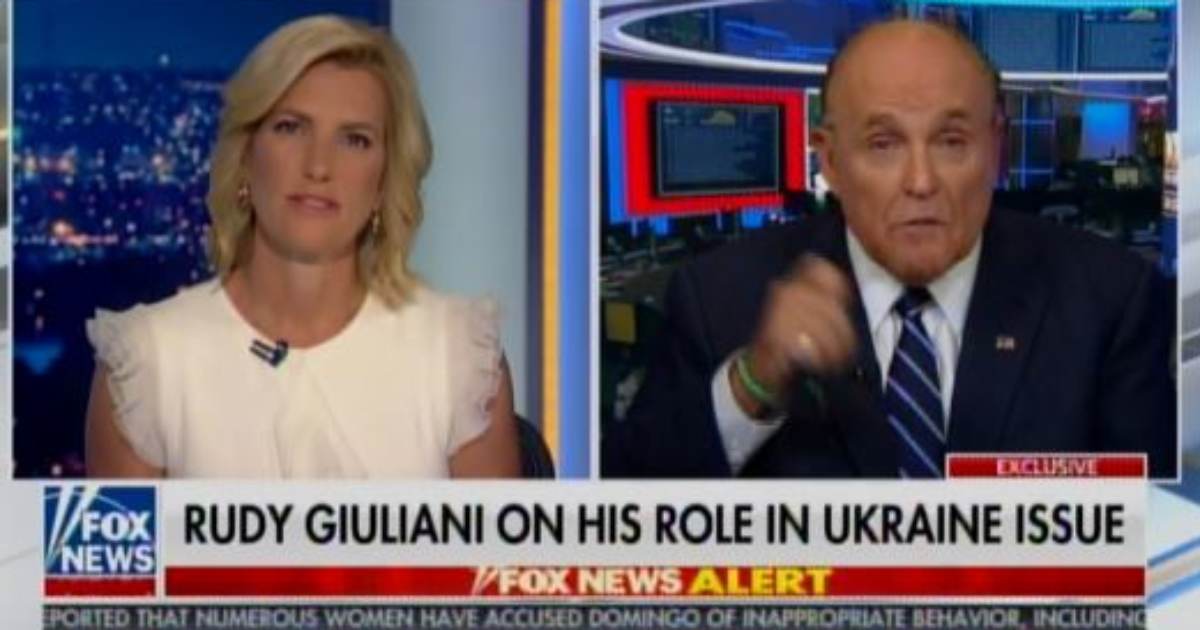 Source: “They Have Walked Into a Trap!” -Rudy Giuliani Destroys Democrat Party, FBI and BIDEN CRIME FAMILY — MUST SEE VIDEO

Democrats announced on Tuesday they will open an impeachment investigation on President Trump for speaking to the Ukrainian president on the phone about the Biden Crime Family’s money laundering from the Ukrainian people.

Rudy was ON FIRE and dropped several bombs on the unsuspecting Democrats during the interview.

Rudy warned Democrats, “They have walked into a trap.”

Rudy dropped this bomb on the Biden Crime Family, “I have the records of $3 million payments laundered to Biden’s son. I have the records. I have the dates. It went from Ukraine, to Latvia to Cyprus, Cyprus to him. That’s called evidence of guilty knowledge… He got $1.5 billion from China! $1.5 Billion!… They bought the Vice President of the United States!”

Rudy then went on to explain his role in the Ukrainian investigation. They’re not going to intimidate me! I never realized the depth of the corruption! I never knew the depth of this corruption. It’s massive, it’s shocking. And if I played a role in getting that out I did a service to my country and I’m proud of it. And everything I did was legal and defensible.”

Laura continued to interrupt Rudy throughout the interview.

Rudy then broke this development. He was investigating Ukraine because the Ukrainian prosecutor installed by Biden dismissed the case on the organization that was collecting false information on Donald Trump, on Paul Manafort and feeding it to the Democratic National Committee. “That organization was run by George Soros who then hired the crooked FBI agent who is now working for George Soros.”

This was an amazing video!