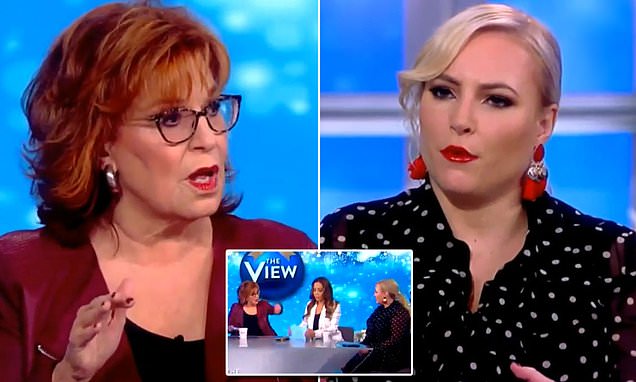 Whoopi Goldberg was forced to cut to commercial break after Meghan McCain and Joy Behar got into a shouting match – which then escalated off air, an insider told DailyMail.com.

EXCLUSIVE: ‘Get this b***h under control!’ Joy Behar tears into Meghan McCain off-air after the conservative host lashed out at her for throwing shade on President Trump during The View’s tribute to George H. W. Bush