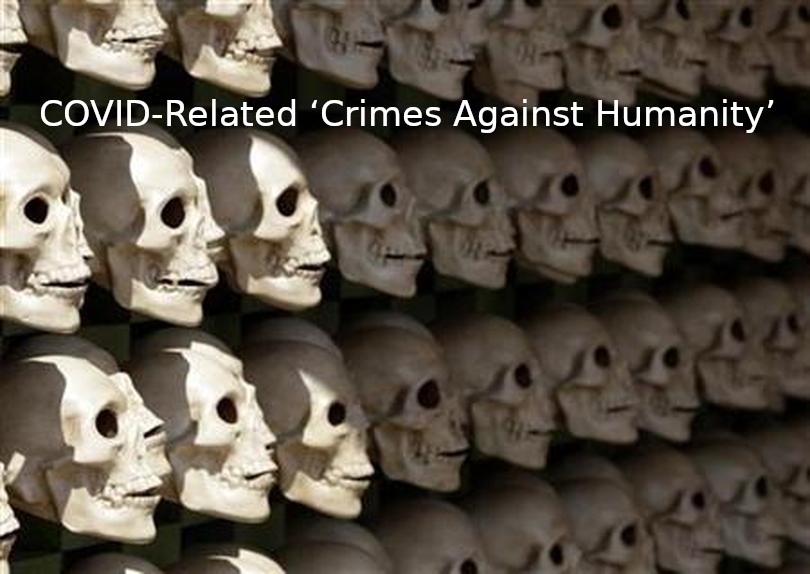 They are getting sick from the ordinary corona virus, germs, etc.

The antibodies the vaccine created are designed to take the bioweapons right into their cells, it’s not merely a stand down of the immune system. It’s gain of function, that’s what this is. Gain of function means, it amplifies the lethality of the bioweapon.

You either stop the release of the bioweapons or die. Simple as that. and it doesn’t matter if you are unvaxxed. The bioweapon can still kill you.

These serpents have SUCH precise control of public information, there are HUNDREDS of videos about ‘gain of function’ but NONE of them explain what the fuck it is.

They laughably try to claim this research is beneficial.

“Gain of Function,” was a way of rephrasing “Genetic Engineering” so that they could get away with doing something that we have clear laws against, just by changing the name.

It does MULTIPLE attacks on the immune system, AND is attacks ace2 receptors, it does all these things. It creates ADE, it gives you an advanced type of AIDS, it may contain oncogenes to give you cancer, it sterilizes.

but it is not the LETHAL VIRUS. that is coming. You and everyone you know will die. All the birds will die, all the dogs, cats, deer, fish, anyone who is thinking they want to survive this doesn’t understand, that these people are INSANE.

This vaccine will make the extremely virulent bioweapon TWENTY TIMES MORE DEADLY than it would have otherwise been. But it was already super deadly, it’s super deadly to people who DON”T even get the vaccine, 97% of UNVAXXED will die with exposure. What I’m saying is this is literally OVERKILL. And if anyone survives, then they got trillions of dollars of weapons systems to wipe out any survivors.

As RFK explains in his speeches, they’ve run these biological warfare scenarios, real drills, real programs in 40 different countries. They may use test weapons, but they can track, trace. They’ve been working on this shit for decades, 1918 Spanish flu, remember.

They HAVE thought about every possible outcome. And YOU need to think about it ALSO, or are you ok with getting killed in your sleep?

This is what Luc Luc Montagnier said, in the BEGINNING Of all this, they covered it up. What he said was everyone would die of ADE.

A really good Harry Vox video on the ADE
Robert Kennedy knows what he’s talking about and he absolutely know what this is.

▪️Birthrate has mysteriously collapsed all over the world at the same time.