“I’m not asking anyone to change the law for me *right now*..” 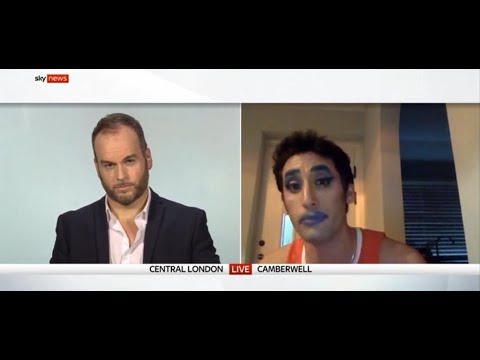 No one is denying this persons right to call himself “they”. The issue is whether they have the right to make everyone else adopt this usage.
Comments from viewers:

“Amrou’s argument eats itself with some serious cognitive dissonance. He says to Brendan ‘who are you to police what people’s pronouns are’, when it’s the trans community who are trying to do that very thing.”
“People can identify as they like but society owes them nothing. Trans advocates have become a new fascist group of people who want power over others.”
“He keeps talking about being attacked in England but he says he is a Muslim drag queen. he would be murdered in any muslim country for acting this way”
“Imagine needing to have people call you “they/them” in order for you to feel SAFE. If that doesn’t tell you this is a mental health issue, nothing will.”