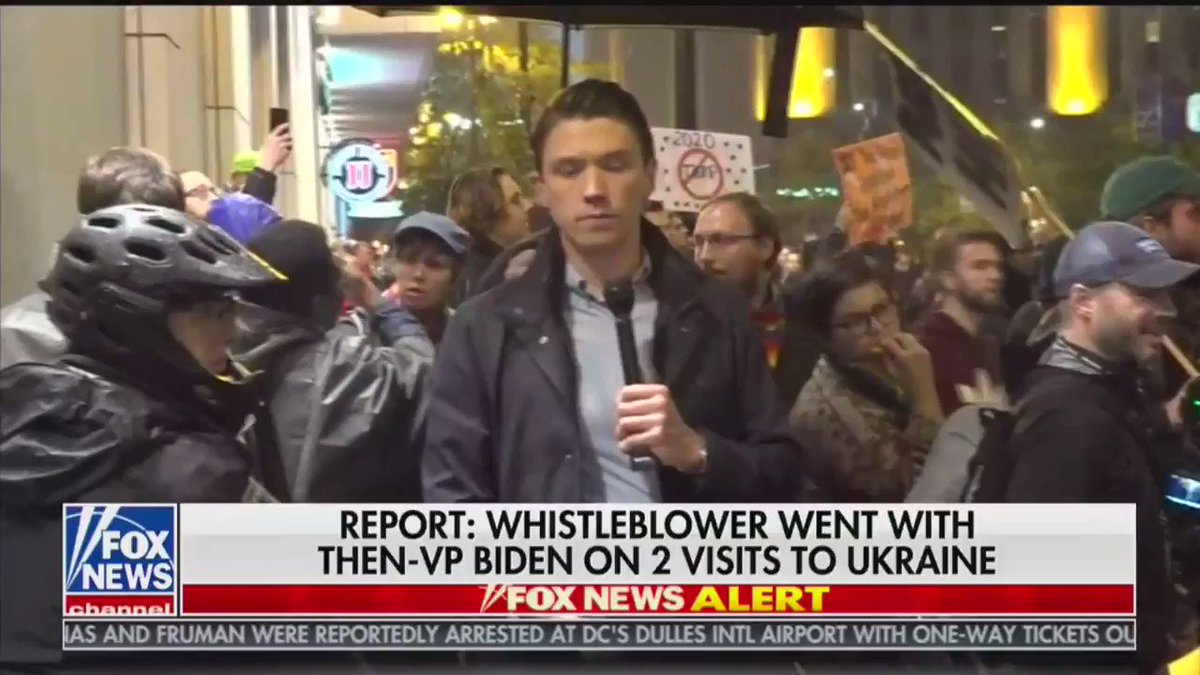 The situation outside the Trump rally in Minnesota is quickly deteriorating

A protestor can be seen waving the Chinese flag in front of riot police. While people in Hong Kong wave American flags for freedom, we wave Chinese flags pic.twitter.com/XVl551kyqZ

The President of the United States holds a rally.

This is the Left. pic.twitter.com/rQeJhN0IJj

A man in a blue jacket seemed to be leaving the Trump rally by himself when he was spotted by a protester who yelled: “There’s a Nazi over here!” A group of protesters then attacked the man, slapping and pushing him. He finally ran away. pic.twitter.com/jzYaWgca9g

Educating Liberals – "..none of them are safe!"
What I took away from Trump’s rally:

-Hunter #Biden disappeared
-Joe kissed #Obama’s ass
–#Omar married her brother
–#Pelosi is either lying &/or stupid
-The mayor is a puppet
-Fake News = number one enemy
-These people are SICK https://t.co/M4f5WEZYRF