Despairing residents in a remote Kerry parish have told how their lives have been made a living hell by a mystery humming noise that is disrupting their sleep and causing chaos every day.

They are pleading with the Government to investigate the source of the constant, pulsating, low-frequency noise that cannot be traced despite repeated efforts. 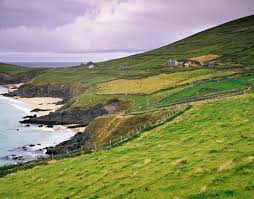 Frustrated locals in a rural part of Beaufort, 15km from Killarney, have been hearing the bizarre noise since early last year but cannot find what is causing it.
Resident Barry Lynch said: “The first time we heard it was in Apr 2011 and it has been there 24/7 since then. We are nearly gone out of our minds because we can’t get a decent night of sleep and it’s there all day, every day.
“There are no mobile phone masts, windmills or generators in the area and the ESB has assured us that the problem is not due to any high-tension wires in the area.
“We thought the noise might be coming from water pumps installed in the area by Kerry County Council but an engineer switched the pumps off for a trial period and the noise was still there.”
He said that neighbours over a 7km radius have also complained about the sound.
“One neighbour went to the doctor because he thought he was having a problem with his hearing. It is placing a huge strain on my own partner who can’t sleep at night, even when she wears earplugs.”
Mr Lynch said the noise was even more noticeable inside his home and despite extensive insulation, the whole building appears to vibrate, particularly in the stillness of night.
“The whole thing is very unpleasant and it is really bothering us. We don’t know what we can do. We are pleading with the Department of the Environment or some other organisation to help us before we are driven out of our homes,” said Mr Lynch. 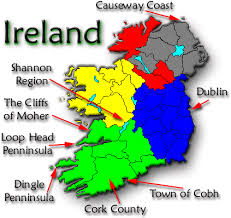 “Not everybody in the parish has heard the noise but just because they can’t hear it doesn’t mean it isn’t there. Our neighbours and ourselves can hear it the minute we step out of our cars and it’s there all the time until we drive off again.”
He said he had found out a similar mystery noise had been reported in many parts of the world.
It has become known as “The Hum” and is described in some reports as a worldwide phenomenon involving a mysterious, persistent and invasive low-frequency humming noise.
Complaints have been received from residents in several locations around the globe, including England, New Mexico, and New Zealand.
“It’s absolutely wearing us down and we are crying out for a good night’s sleep before our health starts to give,” said Mr Lynch.
Posted by truthzilla on Sun 04 Mar 2012 04:08

The vibrational frequency of the earth has increased, for centuries it vibrated at about 8 Hz give or take .3 hz We are now vibrating at approx 12 Hz.

Believe it or not, the Earth behaves like an enormous electric circuit. The atmosphere is actually a weak conductor and if there were no sources of charge, its existing electric charge would diffuse away in about 10 minutes. There is a ‘cavity ‘defined by the surface of the Earth and the inner edge of the ionosphere 55 kilometers up. At any moment, the total charge residing in this cavity is 500,000 Coulombs. There is a vertical current flow between the ground and the ionosphere of 1 – 3 x 10^-12 Amperes per square meter. The resistance of the atmosphere is 200 Ohms. The voltage potential is 200,000 Volts. There are about 1000 lightning storms at any given moment worldwide. Each produces 0.5 to 1 Ampere and these collectively account for the measured current flow in the Earth’s ‘electromagnetic’ cavity.

The Schumann Resonances are quasi standing wave electromagnetic waves that exist in this cavity. Like waves on a spring, they are not present all the time, but have to be ‘excited’ to be observed. They are not caused by anything internal to the Earth, its crust or its core. They seem to be related to electrical activity in the atmosphere, particularly during times of intense lightning activity. They occur at several frequencies between 6 and 50 cycles per second; specifically 7.8, 14, 20, 26, 33, 39 and 45 Hertz, with a daily variation of about +/- 0.5 Hertz. So long as the properties of Earth’s electromagnetic cavity remains about the same, these frequencies remain the same. Presumably there is some change due to the solar sunspot cycle as the Earth’s ionosphere changes in response to the 11-year cycle of solar activity. Schumann resonances are most easily seen between 2000 and 2200 UT.

Given that the earth’s atmosphere carries a charge, a current and a voltage, it is not surprising to find such electromagnetic waves. The resonant properties of this terrestrial cavity were first predicted by the German physicist W. O. Schumann between 1952 and 1957, and first detected by Schumann and Konig in 1954. The first spectral representation of this phenomenon was prepared by Balser and Wagner in 1960. Much of the research in the last 20 years has been conducted by the Department of the Navy who investigate Extremely Low Frequency communication with submarines.

For more information, see: “Handbook of Atmospheric Electrodynamics, vol. I”, by Hans Volland, 1995 published by the CRC Press. Chapter 11 is entirely on Schumann Resonances and is written by Davis Campbell at the Geophysical Institute, University of Alaska, Fairbanks AK, 99775. There is also a history of this research and an extensive bibliography.

Cont; “They” *for lack of a better description* Or Assholes, if you prefer. Have been looking for the death frequency for at least a century. “They” want to cause worldwide catastrophes and kill off as many humans as possible. Sadly, when the optimum frequency is reached it will not be able to stop. Like a tuning fork struck for a sound, it will resonate for quite some time. Love, educate and dream of a better world to cancel out the frequency.