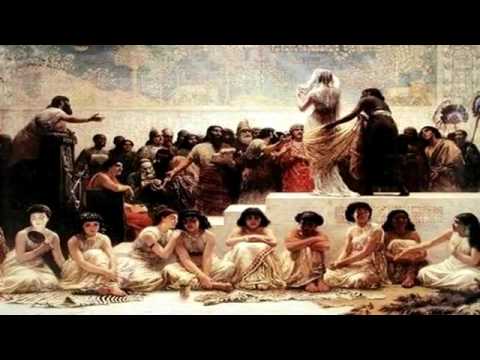 Very interesting little documentary, a period of our history which has been forgotten…..or hidden?

Published on Nov 8, 2015 by Krsto Zrnov Popović
Ohio State University history Professor Robert Davis describes the White Slave Trade as minimized by most modern historians in his book Christian Slaves, Muslim Masters: White Slavery in the Mediterranean, the Barbary Coast and Italy, 1500–1800 (Palgrave Macmillan). Davis estimates that 1 million to 1.25 million white Christian Europeans were enslaved in North Africa, from the beginning of the 16th century to the middle of the 18th, by slave traders from Tunis, Algiers, and Tripoli alone (these numbers do not include the European people which were enslaved by Morocco and by other raiders and traders of the Mediterranean Sea coast), 16th- and 17th-century customs statistics suggest that Istanbul’s additional slave import from the Black Sea may have totaled around 2.5 million from 1450 to 1700. The markets declined after the loss of the Barbary Wars and finally ended in the 1830s, when the region was conquered by France.

Hundreds of thousands of Europeans were captured by Barbary pirates and sold as slaves in North Africa and the Ottoman Empire between the 16th and 19th centuries. These slave raids were conducted largely by Arabs and Berbers rather than Ottoman Turks. However, during the height of the Barbary slave trade in the 16th and 17th centuries, the Barbary states were subject to Ottoman jurisdiction and ruled by Ottoman pashas. Furthermore, many slaves captured by the Barbary corsairs were sold eastward into Ottoman territories before, during, and after Barbary’s period of Ottoman rule.

The Barbary Muslim pirates kidnapped Europeans from ships in North Africa’s coastal waters (Barbary Coast). They also attacked and pillaged the Atlantic coastal fishing villages and town in Europe, enslaving the inhabitants. Villages and towns on the coast of Italy, Spain, Portugal and France were the hardest hit. Muslim slave-raiders also seized people as far afield as Britain, Ireland and Iceland.