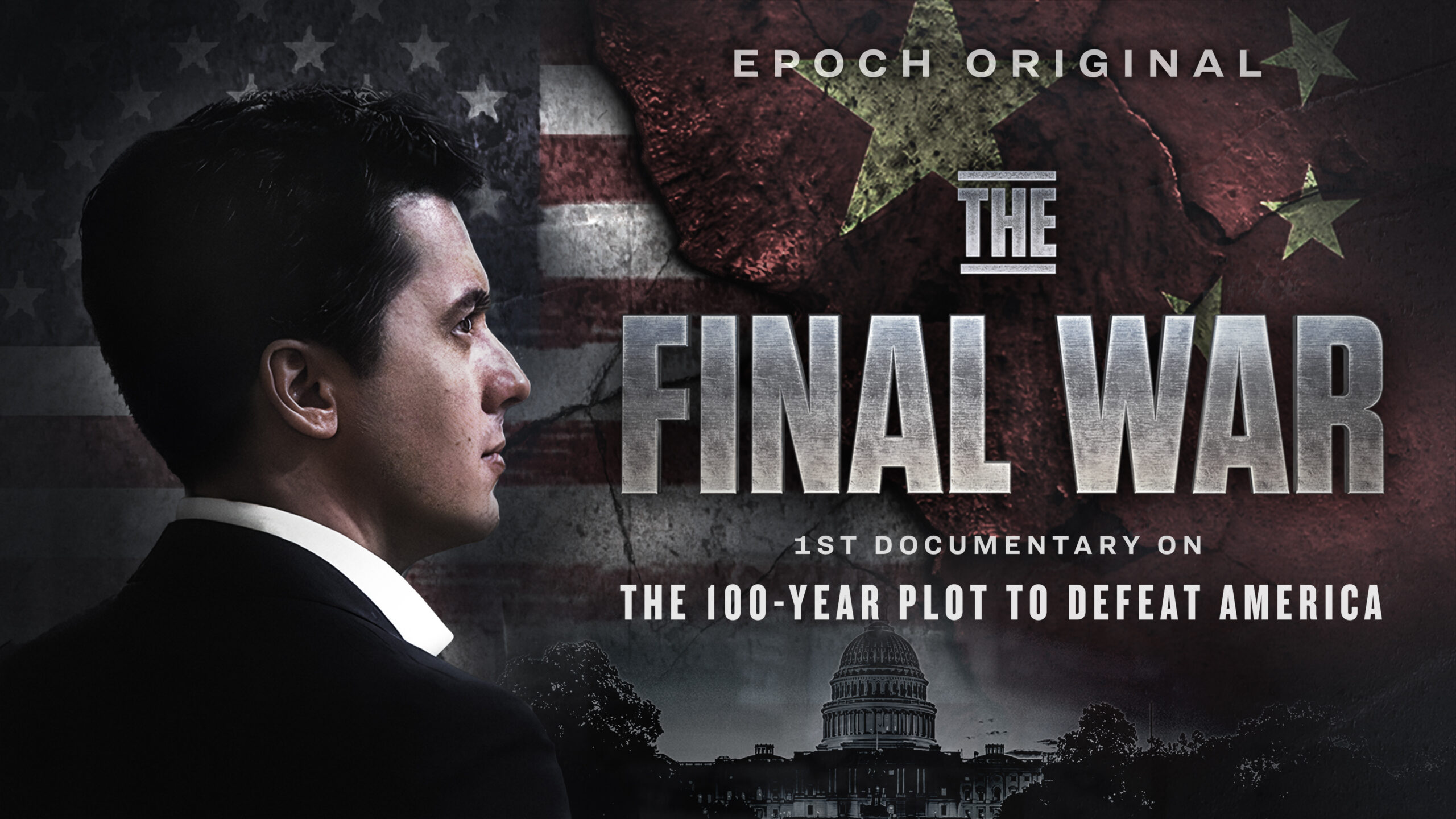 An unprecedented combination of personal story and geopolitical struggle, history, and present, “The Final War” follows Epoch Times reporters and top China watchers through their journeys of awakening to the CCP threat.

To say the least, the Chinese Communist Party (CCP) is a mystery to most Americans.

But behind the party jargon, unpredictable actions, and ever-changing face lies the Party’s vicious plot, with America at the very heart of it.

How dangerous are Beijing’s tactics in Afghanistan, the Russia-Ukraine war, and the Taiwan Strait? Behind the most dire issues of our time, what is the CCP’s underlying strategy toward the United States? Why is the Chinese regime promoting the idea of “World War III”?

As we try to make sense of the chaotic post-pandemic world, when more and more evidence starts to point toward China, we are on our way to uncovering a century-old secret.

For the first time, The Epoch Times investigative team traces back to the beginning of the Chinese Communist Party to reveal its 100-year plot to defeat America.

Trawling through exclusive interviews with leading China experts and whistleblowers, an ocean of internal Party records, and Party leaders’ own behaviors, the film reveals the hidden truths of U.S.-China relations over the past seven decades.

Generations of Party leaders have been executing their plan in succession. They are the masters of deceit and decay. Hiding behind flip-flopping policies, the communist leadership is no longer far from achieving its goal.

In 2020, the same investigative team made the viral documentary “Tracking Down the Origin of the Wuhan Coronavirus.” The film exposed the Chinese communist regime’s deadly coverup of the pandemic. However, the probe into how the pandemic began was just a tip of the iceberg. The Chinese regime wants the death of America, where we are strangers to our own future.

How did it happen? What did the United States get wrong about China? “The Final War” answers the questions that are relevant to every American today.

We had studied the CCP for years. We thought we knew it inside out. But this time, what we uncovered was beyond our imagination. It would challenge the entire knowledge system we had built around it and shake the American people to the core.