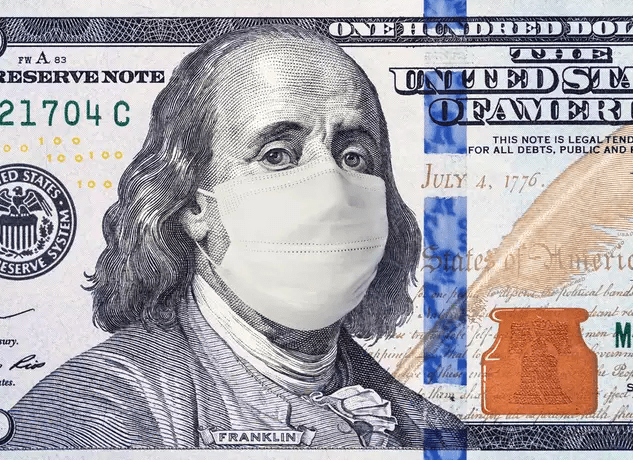 Does Trump think he can ram the stock market to DJIA 40,000 despite what fair value might say it is? And will he demand the Fed “print” the mother of all bubbles to get re-elected?

As I’ve argued, the Fed and the Treasury merged. Powell said this was the case today (from his Q&A):

These programs we are using, under the laws, we do these, as I mentioned in my remarks, with the consent of the Treasury Secretary and the fiscal backing from the congress through the Treasury. And we are doing it to provide credit to households, businesses, state and local governments. As we are directed by the Congress. We are using that fiscal backstop to absorb any losses we have.

Our ability is limited by the law. We have to find unusual, and exigent circumstances and the Treasury Secretary has to agree, and we are using this fiscal backstop. There is really no limit on how much of that we can do other than meet the tests under the law as amended by Dodd-Frank.

The Fed needs the Treasury Secretary’s permission to do this.

That means Trump must approve this (as the Treasury Secretary serves at the pleasure of the President). No doubt Kudlow was asked to weigh in (which would be appropriate for the National Economic Chairman to do).

So, Larry was able to know this was coming when we said two days ago.

“the Fed is sitting with the ultimate bazooka”

The real question is not how far will they go, that is unlimited, but will Trump ever allow them to stop?

Does Trump think he can ram the stock market to DJIA 40,000 despite what fair value might say it is? And will he demand the Fed “print” the mother of all bubbles to get re-elected?

It is now legal, and Trump now has the authority to do exactly this. The Fed has given away its independence to the Administration. The only thing that would stop him is discipline and restraint … two words not often associated with Trump.