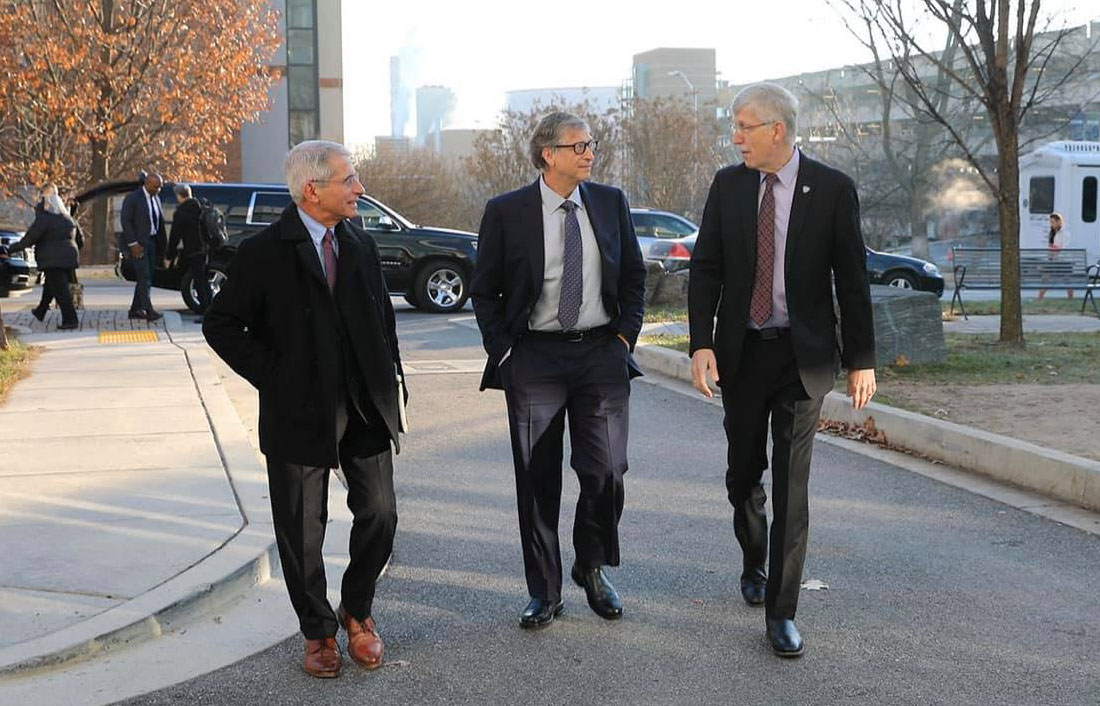 In a report prepared for humanity titled ‘The Fauci/COVID-19 Dossier’, Dr. David E Martin, CEO, M-CAM Inc – an international leader in intellectual-property-based financial risk reveals his dossier is indicative of the numerous criminal violations that may be associated with bio-warfare /  terrorism.

“The National Institute of Health’s grant AI23946-08 issued to Dr. Ralph Baric at the University of North Carolina at Chapel Hill (officially classified as affiliated with Dr. Anthony Fauci’s NIAID by at least 2003) began the work on synthetically altering the Coronaviridae (the coronavirus family) for the express purpose of general research, pathogenic enhancement, detection, manipulation, and potential therapeutic interventions targeting the same.

As early as May 21, 2000, Dr. Baric and UNC sought to patent critical sections of the coronavirus family for their commercial benefit.1 In one of the several papers derived from work sponsored by this grant, Dr. Baric published what he reported to be the full-length cDNA of SARS CoV in which it was clearly stated that SAR CoV was based on a composite of DNA segments.

“Using a panel of contiguous cDNAs that span the entire genome, we have assembled a full-length cDNA of the SARS-CoV Urbani strain, and have rescued molecularly cloned SARS viruses (infectious clone SARS-CoV) that contained the expected marker mutations inserted into the component clones.”

On April 19, 2002 – the Spring before the first SARS outbreak in Asia – Christopher M. Curtis, Boyd Yount, and Ralph Baric filed an application for U.S. Patent 7,279,372 for a method of producing recombinant coronavirus. In the first public record of the claims, they sought to patent a means of producing, “an infectious, replication-defective, coronavirus.” This work was supported by the NIH grant referenced above and GM63228. In short, the U.S. Department of Health and Human Services was involved in the funding of amplifying the infectious nature of coronavirus between 1999 and 2002 before SARS was ever detected in humans

Against this backdrop, we noted the unusual patent prosecution efforts of the CDC, when on April 25, 2003, they sought to patent the SARS coronavirus isolated from humans that had reportedly transferred to humans during the 2002-2003 SARS outbreak in Asia. 35 U.S.C. §101 prohibits patenting nature. This legality did not deter CDC in their efforts. Their application, updated in 2007, ultimately issued as U.S. Patent 7,220,852 and constrained anyone not licensed by their patent from manipulating SARS CoV, developing tests or kits to measure SARS coronavirus in humans, or working with their patented virus for therapeutic use. Work associated with this virus by their select collaborators included considerable amounts of chimeric engineering, gain-of-function studies, viral characterization, detection, treatment (both vaccine and therapeutic intervention), and weaponization inquiries.

We noted that gain-of-function specialist, Dr. Ralph Baric, was both the recipient of millions of dollars of U.S. research grants from several federal agencies but also sat on the World Health Organization’s International Committee on Taxonomy of Viruses (ICTV) and the Coronaviridae Study Group (CSG). In this capacity, he was both responsible for determining “novelty” of clades of virus species but directly benefitted from determining declarations of novelty in the form of new research funding authorizations and associated patenting and commercial collaboration. Together with CDC, NIAID, WHO, academic and commercial parties (including Johnson & Johnson; Sanofi and their several coronaviruses patent-holding biotech companies; Moderna; Ridgeback; Gilead; Sherlock Biosciences; and, others), a powerful group of interests constituted what we would suggest are “interlocking directorates” under U.S. anti-trust laws.

These entities also were affiliated with the WHO’s Global Preparedness Monitoring Board (GPMB) whose members were instrumental in the Open Philanthropy-funded global coronavirus pandemic “desk-top” exercise EVENT 201 in October 2019. This event, funded by the principal investor in Sherlock Biosciences and linking interlocking funding partner, the Bill and Melinda Gates Foundation into the GPMB mandate for a respiratory disease global preparedness exercise to be completed by SHere is the PDF document: The FauciCOVID-19 DossierHere is the PDF document: The FauciCOVID-19 Dossiereptember 2020 alerted us to anticipate an “epidemic” scenario. We expected to see such a scenario emerge from Wuhan or Guangdong China, northern Italy, Seattle, New York, or a combination thereof, as Dr. Zhengli Shi and Dr. Baric’s work on zoonotic transmission of coronavirus identified overlapping mutations in coronavirus in bat populations located in these areas.”

Here is the PDF document: The FauciCOVID-19 Dossier