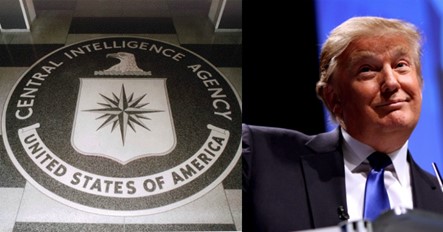 The huge leak of information from the CIA just published by Wikileaks gives a fascinating picture of how the CIA goes about its business, though I doubt there is much there which will come as a surprise to most people.

In light of all the swirl of activity around the DNC and Podesta leaks and the various allegations of Russian hacking, two questions however immediately stand out for me.

1. The technology used in the DNC/Podesta leaks is decades old and crude.  Are the Russians really so far behind the CIA?

The first point is the obvious one that the CIA seems to engage in hacking on an immeasurably vaster and more sophisticated scale than whoever is behind Fancy Bear and Cosy Bear, the two groups of hackers who hacked Podesta and the DNC, assuming of course that they are the same people.

It seems that the CIA is able to read emails and hack into some of the world’s most heavily encrypted social media and communications platforms such as WhatsApp, Weibo, Confide, Signal and Telegram before any encryption can even be applied and without leaving any trace.  Obviously there is no need for any ‘phishing’.  Moreover it is clear that the CIA has been able to do this for a long time, in some cases for more than a decade.

If Fancy Bear and Cosy Bear really do work for Russian intelligence then the Russians are obviously technologically speaking decades behind the CIA.

I don’t believe the Russians are technologically speaking decades behind the CIA.  Obviously the CIA has immense built advantages: it is working with homegrown US technologies which are easy for it to access, it probably has at least a measure of cooperation from at least some of the manufacturers and some of the platforms involved, it has almost unlimited resources, and it had a huge head start over the Russians during the 1990s, with the Russians only finally getting their act together some time after Putin became President 17 years ago.

Having said all this, the Russians have an abundance of brilliant mathematicians, engineers and computer scientists, and a very advanced science and technology base, probably second only to that of the US and at least matching China’s.  The fighting in Syria has shown how advanced some of their technology is.  They also have significant resources even if they obviously cannot fully match those of the CIA.

That in turn suggests that whoever Fancy Bear and Cosy Bear were – or to be more precise, whoever was using the malware associated with those names (some of which is said to be almost a decade old) to hack Podesta and the DNC – it cannot have been Russian intelligence.

That does not of course mean that the Russians did not hack Podesta and the DNC.  What it does means is that the ‘evidence’ cited by Crowdstrike and by the US intelligence community to allege that they did – the activity of Fancy Bear and Cosy Bear – is open to doubt.

It seems far more likely in light of what we have learnt today that Fancy Bear and Cosy Bear are not state actors but private individuals, as many have said.

No one so far as I know is suggesting that the Russians hacked the CIA to provide Wikileaks with the treasure trove of data which Wikileaks has just published.

I would add that if it was the Russians who gave the information about the CIA to Wikileaks and if they did obtain all this information as a result of a hack or hacks of the CIA, then the Russians must be very advanced hackers indeed – at least as advanced as the CIA – to be able to hack the CIA, in which case it is even less likely that Fancy Bear and Cosy Bear have anything to do with them.

If however – as everyone is assuming and as is surely far more likely – Wikileaks was provided with all this information from within the CIA by someone who works for the CIA, then why suppose that the DNC and Podesta emails were not also provided to Wikileaks by people working for the DNC and Podesta, which is what Wikileaks has always been saying?

This is especially so given my previous point that the ‘evidence’ cited to prove a Russian connection to the leaks – the alleged Russian intelligence affiliations of Fancy Bear and Cosy Bear – now looks even more shaky?

I would have thought these were both obvious questions.  Since I have not seen anyone else ask them I thought I would.

Reprinted with permission from The Duran.