Thank you for bearing with us as we  made the move.

I was running on Ubuntu 16.04, it is not officially at end of life until April 2021. Rock solid performance and security.

I was going to use another set of Ubuntu based servers, but I chose another flavour of Linux. There was several factors that led the admin (Me / ~Q~)  to switch over to CentOS.

With Centos we  have until June 30, 2024 before an OS upgrade for the network. 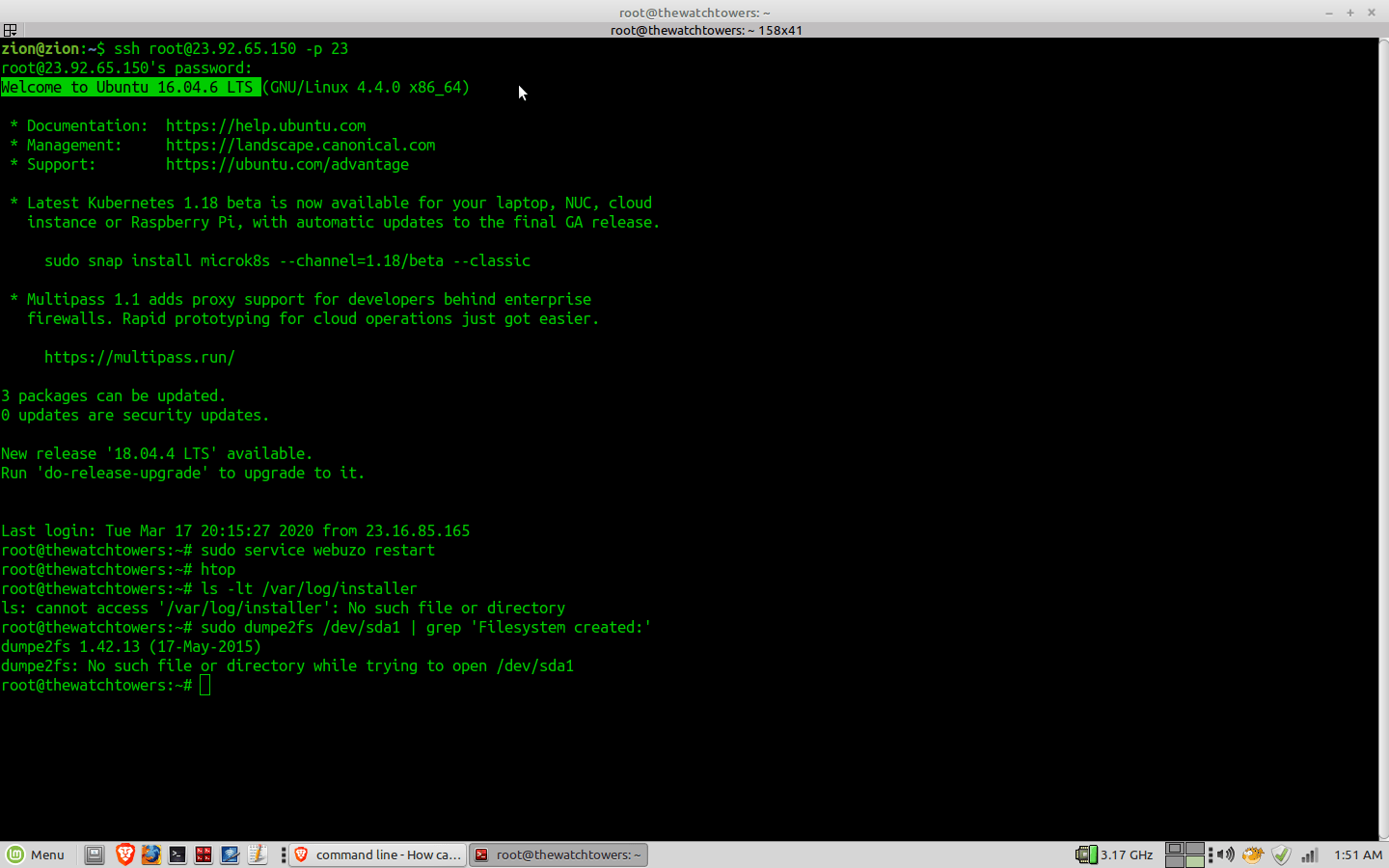 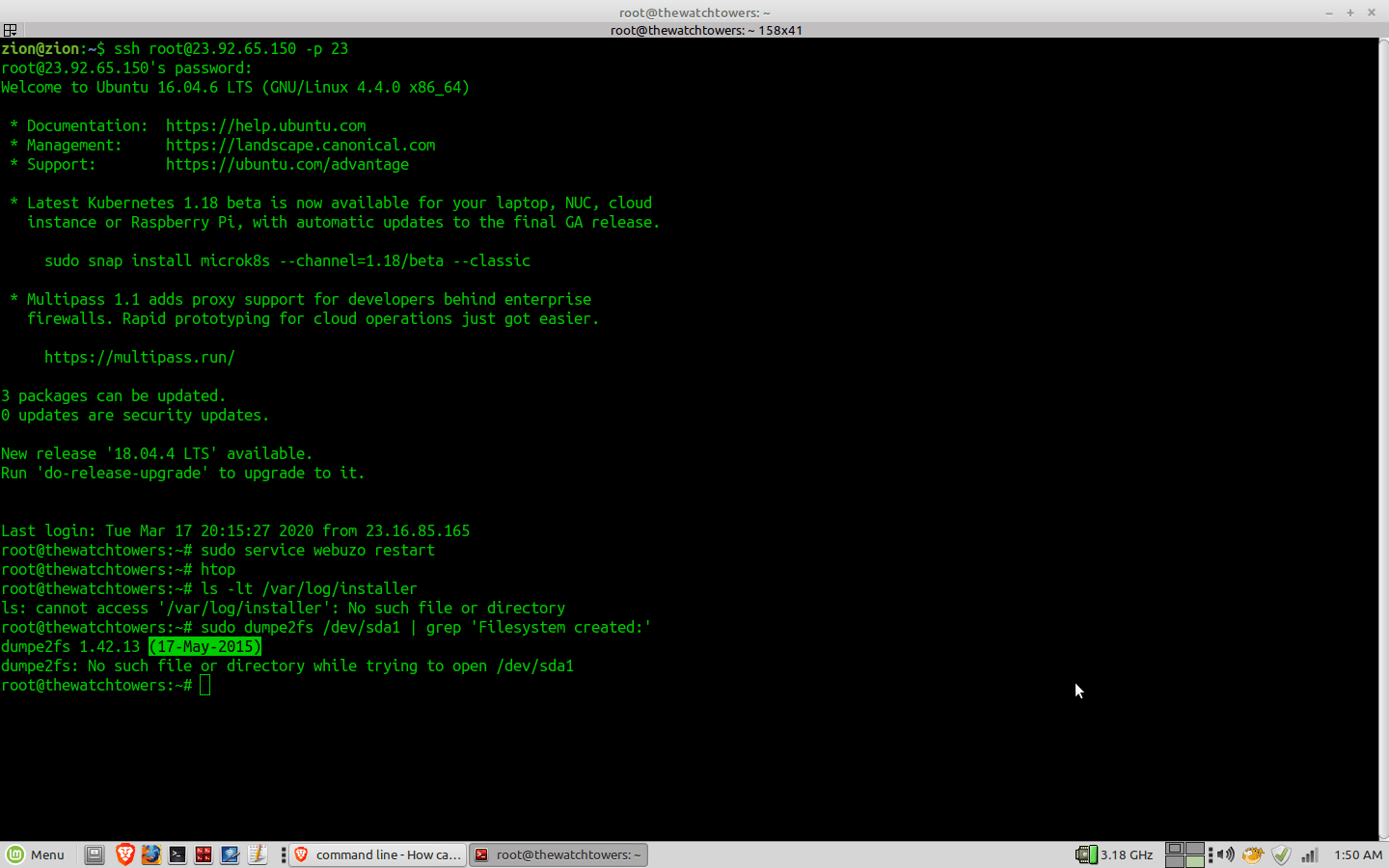 Just for kicks I did the OS upgrade for Ubuntu on the old Master Server….. 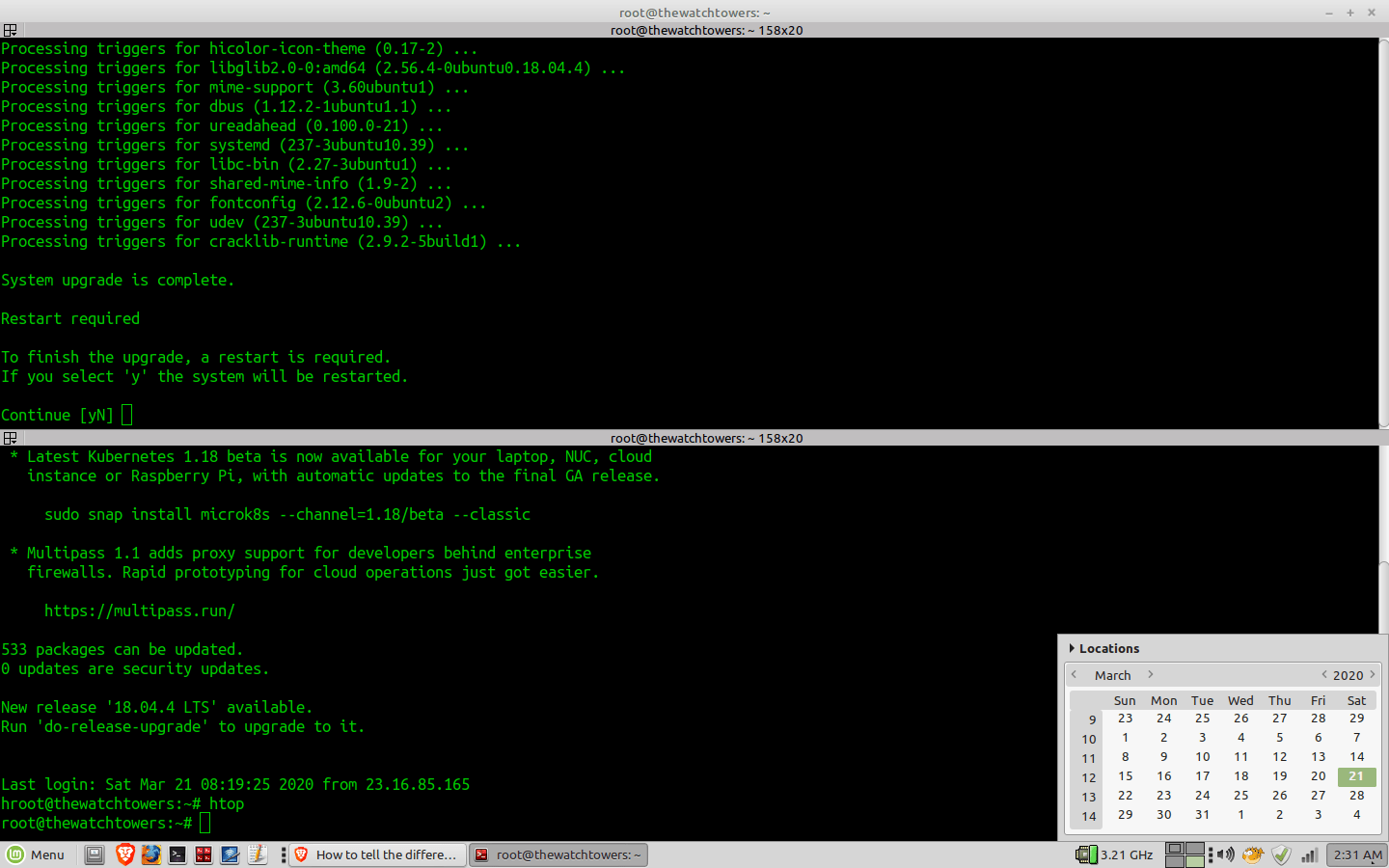 UPDATE: The upgrade to 18.04 completed with out an issue.  Sharing this here for the archives a pick of the upgrade. This server is about to be decommissioned. 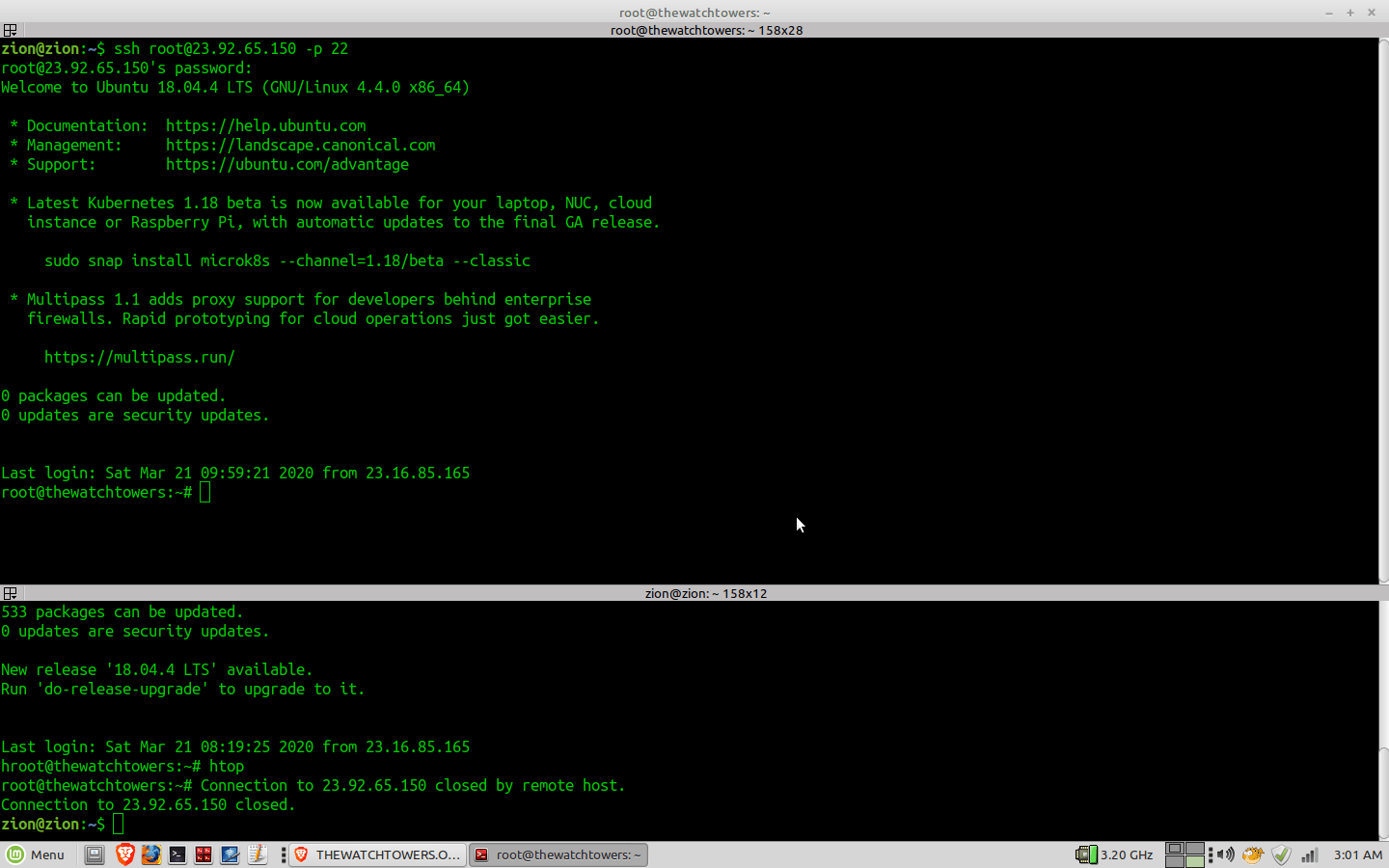 One thought on “The 2020 Server Upgrade and Migration is Complete!”