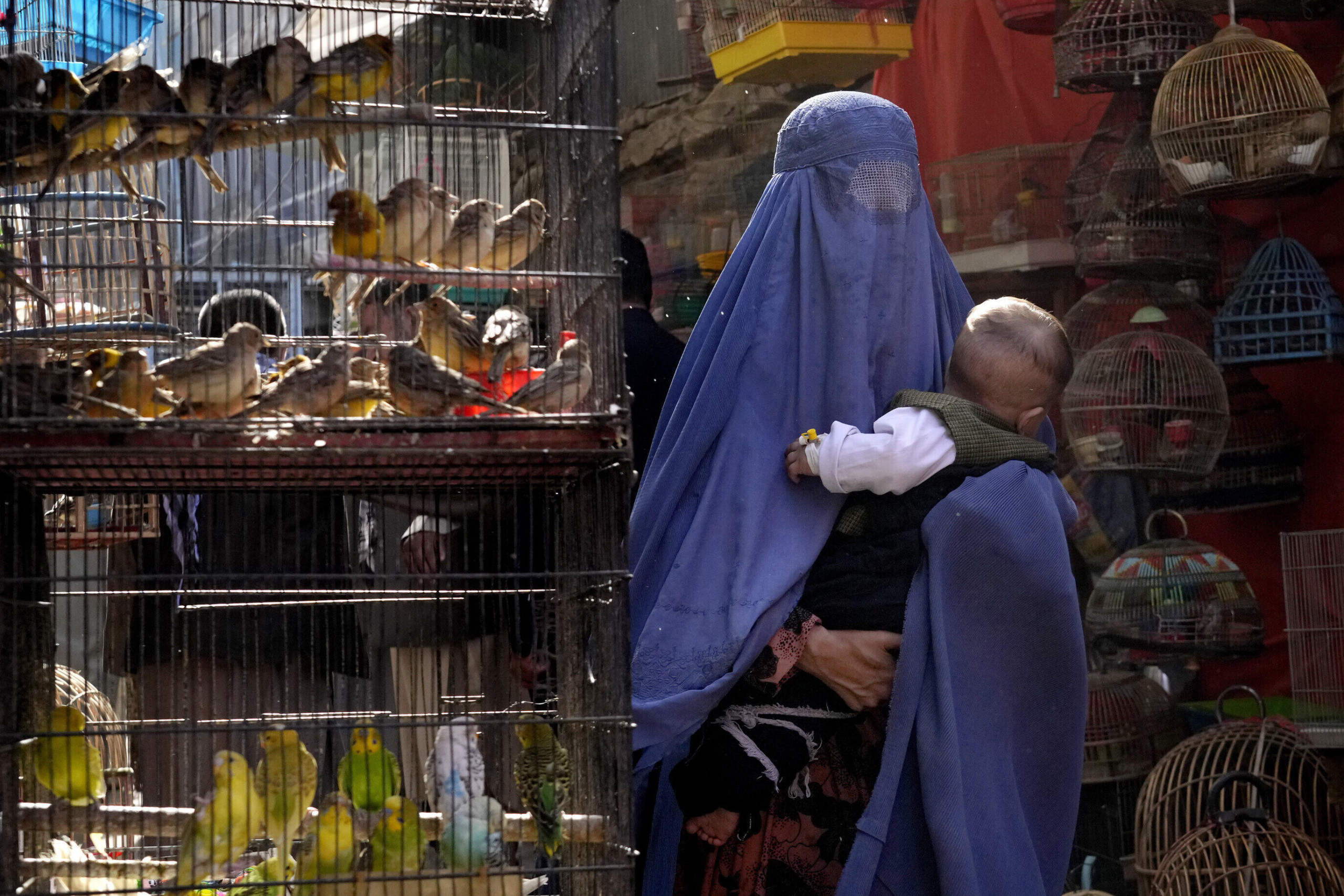 The radical Islamist Taliban movement has ordered women in Afghanistan to wear the burqa in public, a garment that covers them from head to toe, claiming it is “traditional and respectful,” the AFP news agency has reported.

It is the most significant restriction of women’s rights since the Taliban returned to power last August.

As early as September, the Taliban re-established a ministry for the propagation of virtue and the prevention of vice, whose officials ensure that the country’s people follow a strict form of Islamic Sharia law. Late last year, the regime called on television to stop broadcasting women’s series and ensure that female journalists appearing on screen are veiled.

The Islamist movement has also announced that Afghan women will not be able to travel further than 72 kilometers without being accompanied — on longer trips, a male relative must travel with them. In February this year, the Taliban ordered women working in ministries to wear a head covering (hijab) and to be posted separately from men.

Although the Taliban claimed during last year’s rise to power that its new regime would be more moderate than the previous one overthrown in 2001, girls and women cannot even attend school in many parts of the country.

Under the previous government, from 1996 to 2001, the Taliban demanded that women cover themselves in burqas and leave their homes only when accompanied by a man. They did not have the right to study or work, and severe penalties were threatened for breaking the rules with executions and flogging common.

Source: Taliban brings back strict Sharia law to Afghanistan, women ordered to wear Islamist burqa when out in public