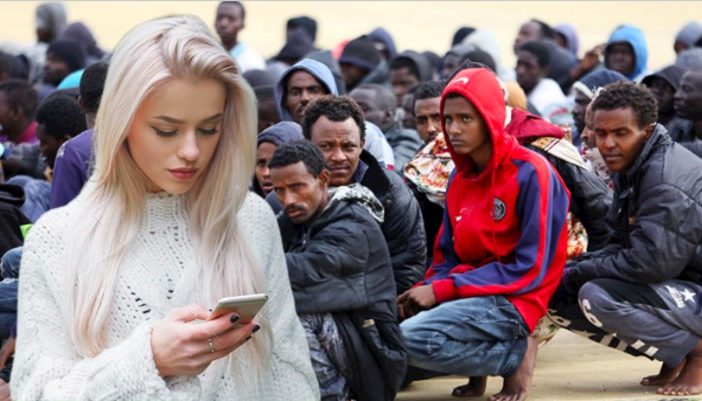 An increased tendency to report and “more dating apps”. That is the reason why rapes are skyrocketing in Sweden, according to the Swedish National Council for Crime Prevention, Brå, and TV4 News.

How is it that Sweden has such an extreme amount of rapes? On last Friday night alone no less than five rapes took place in the country.

TV4 News did a report on a few of the most recent incidents, those in Uppsala, Piteå, Hässelby and Rågsved.

According to TV4 News, the number of reported rapes has increased from 3,577 in the first six months of 2018, to 4,070 during the same period this year. That is almost 500 more rapes (which equals an increase of 14 percent).

However, TV4 makes no mention of immigration. Instead, a completely different explanation is given for the increase.

“Our assessment is that there is primarily an increased tendency to report, but also that there have been changes in our social lives, in the form of more dating apps that make us meet people that we don’t know so well” says Stina Holmberg from Brå, to TV4 News. Source: Swedish crime authority and mainstream media say huge increase in rapes is due to dating apps and not migration – Voice of Europe