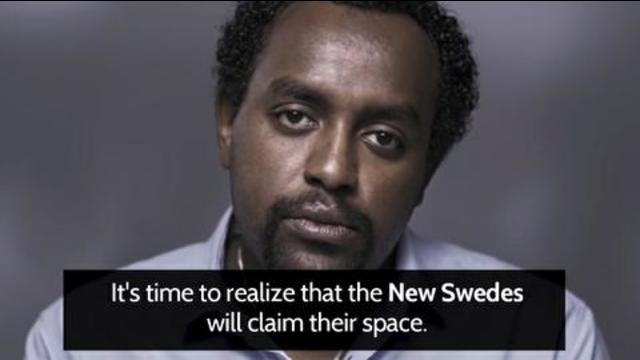 “There’s No Turning Back!” New Swedish TV Ad Says Swedes Must Accept Multiculturalism. Swedes are told they need to give up their identity, their country, their culture, and their race, and they must integrate with migrants because “being Swedish needs to be about more than skin color and place of birth.” In this advert from the Swedish charity organization “IM (Individuell Människohjälp),” Swedes are called on to create “Det Nya Landet,” or “The New Country,” and are warned this change is already a fait accompli (an accomplished fact), and “There is no way back. Sweden will never be what it once was.” It, along with the rest of Europe, will be forever transformed by unrestricted mass immigration from third world countries.

Here’s the English text from their website: There is no turning back. Sweden will never be what it was before. It is an understanding of what the world actually looks like – that Sweden is needed as a safe place for people who need refuge. Some yearn back to how it used to be. It’s okay to miss the past and it’s okay to talk about it – but we have to seek ways forward, and find a way for everyone to live together. Because now we have a Europe and a Sweden that is what it is: in a state of change. It’s time to realise that new Swedes will take up room with cultures, languages and customs, and it’s time we see this as a positive force. The new country is about shaping a new future. Being Swedish needs to be about more than skin color and place of birth. It needs to be you, me and everyone together. It’s not just new Swedes who need to integrate. Everyone needs to be integrated, established Swedes too. Integration does not mean that one party should adapt to the other, or that everyone should think, do and feel the same. Integration is about meetings, and real meetings are built on reciprocity. Let us create a future based on both realism and vision, in equal measure. Let’s formulate a greater sense of “we” and let’s build a country where we put hatred and fears aside. We all have the new country within us; in our views, thoughts and actions. The time has come to build a country that is proud, inclusive and sustainable – something new. The new country.