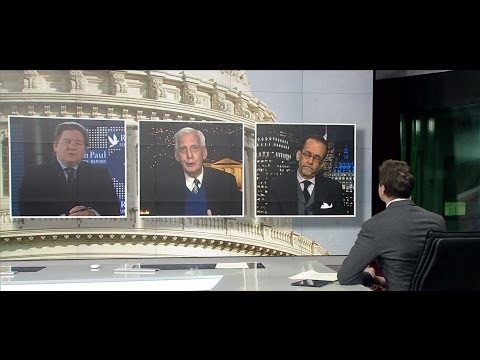 @Breaking_NewsCA @NewsAlternative #alternativenews ALTERNATIVE NEWS CONSPIRACY CORRUPTION GOVERNMENT HACKERS INTERNET JUSTICE KREMLIN LAW MEDIA POLITICS PROPAGANDA RUSSIA SOCIETY TECHNOLOGY USA VIDEO WORLD NEWS
January 6, 2017January 6, 2017 Q
Written by rpi staff Friday January 6, 2017
Did the Russians hack the US elections? In a Senate hearing yesterday, National Intelligence Director James Clapper assured the Senators that Russia had indeed taken a role in affecting the outcome of the US election.
The proof was not supplied, however, and Clapper’s credibility as a witness is tainted by his admitted previous lie before Congress. RPI Director Daniel McAdams joins a panel on RT to discuss the Russia hacking claims, the credibility of the US mainstream media, and more in this heated debate:

Copyright © 2017 by RonPaul Institute. Permission to reprint in whole or in part is gladly granted, provided full credit and a live link are given.