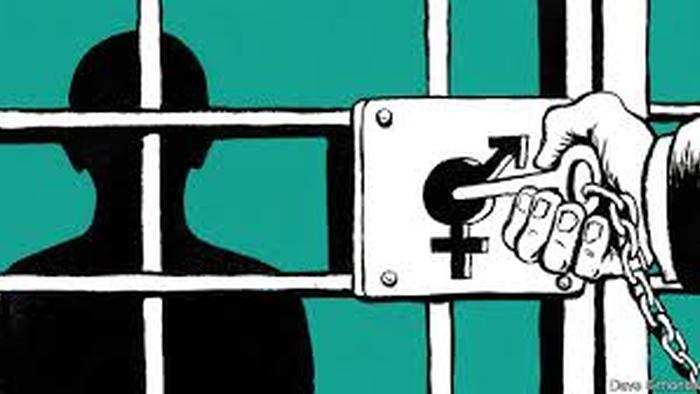 “One woman went in there with two naked men showering who still had penises,”

On January 1, a law went into effect in California (foreshadowing Democrats’ “Equality Act” bill – requiring people to be treated according to their gender identity, not biological sex), holding that state prisoners must be housed in a facility consistent with their gender identity, regardless of their anatomy.

Six months later and guess what has occurred…

There has been numerous complaints of assaulted, abused, and traumatized women at the hands of male inmates transferred into their prisons.

And one group of traditionally progressive activists – the Women’s Liberation Front (WoLF) – has sent a letter to Goverror Gavin Newsom, accusing the state of violating the constitutional rights of incarcerated women by allowing men into their living quarters to “prey on women.”

“We are working with a woman who was punched in the face so hard by a new transfer that she couldn’t chew for three days. He was taken away and released back in a different yard with no restrictions,” Adams said.

“He was her cellmate. She had to sleep with him.”

Other women have been sexually abused in the past and must now contend with nude men sharing communal showers, Adams said.

“One woman went in there with two naked men showering who still had penises,” Adams added.

“It was incredibly traumatic and scary, to know for, [possibly], the rest of their lives they are going to be subjected to this.”

Currently, 24 male prisoners have been transferred to female institutions.

In a shockingly truthful (and sure to get you canceled) comment, WoLF theorizes that many men transferring into women’s prisons are not transgender but are just trying to escape their current living situation.

“A lot of these men checking the box and trying to get transfers are probably trying to save their lives. I wouldn’t want to be in the men’s prison,” Adams said.

“You are giving them a way to get out of that, but now it’s the women who are in danger.”

WoLF is asking the governor to halt all new transfers and remove the inmates who have already transferred until a safety assessment can be made.

The most famous transgender prison rapist in England is a man calling himself Karen White who was sent to prison after stabbing a neighbor. Despite a history that included sexual assault, exposure, sexually abusing minors, and cruelty to animals, he ended up in a women’s prison, where he promptly sexually assaulted women.

The problem isn’t limited to England.

It seems “Karen” has come to America… just as we warned.